The Danish metal band By The Patient, who released their critically acclaimed and second album “Premonitions” last September, have now released the first track from the bands upcoming EP “Afterbirth”. The song “Of Darkness”, which can be streamed on the bands BandCamp site, contains guest vocals from Jacob Bredahl (The Kandidate, Ex-Hatesphere).

The new EP consists of four songs recorded with Jacob Bredahl behind the buttons in his studio Dead Rat Studio.

By The Patient has provided the following comment about the new EP and the song “Of Darkness”:

””Afterbirth” builds on “Premonitions” but also goes in new directions, incorporating new stylistic elements to add an extra layer to the music. The new EP will include both groove, heavy riffs, speed and aggression, wrapped in a raw but pristine production by Jacob Bredahl. With “Afterbirth”, By The Patient explores new avenues in musical aggression.

“Of Darkness” is the opening track of the “Afterbirth” EP. It showcases a new groovy and thrashy side of By The Patient, coupling raw aggression with melody and groove. It features Jacob Bredahl on guest vocals.” 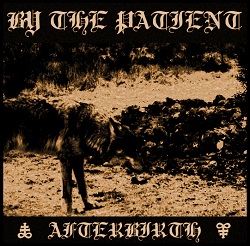 By The Patient will hit the road today with the two danish bands Electric Hellride and Aphyxion, for the danish W:O:A Metal Battle DK Tour, the tour will travel to 9 danish citys and. All 3 bands are previous national winners in the W:O:A Metal Battle competition. The dates are:

By The Patient will also play at these festivals:

By The Patient Interjú

By The Patient – Lifeforce Records szerződés

Hot News: By The Patient release new video for “Bellum”

Hot News: By The Patient’s “Premonitions” out September 25th