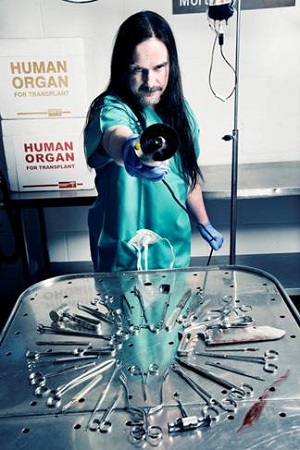 Today is the day! After years of waiting, finally the new CARCASS album  »Surgical Steel« will be released via Nuclear Blast!
CARCASS has risen to the occasion and given fans an album that holds up to their classic repertoire, delivering another milestone in their highly influential career. Everything a CARCASS fan could want is on this record, with every era of the band represented.
Its genesis however was not without its fair share of blood, sweat and tears of course.
In short, »Surgical Steel« is just what the doctor prescribed.

The music press worldwide is praising the new album and many of the journalists say it’s  already the album of the year! 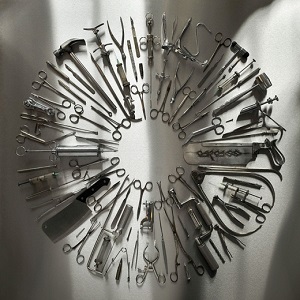 „ALBUM OF THE MONTH“
Legacy | Germany

“The death metal album of the year.”
Decibel Magazine | USA

“There’s no mistaking… It surely smells like Carcass!”
Inferno | Finland

“Carcass honed with surgical precision a grinding mass that fuses bloody guts of the past with a modern twist. A steel scalpel rips your brain. Ready to be dissected again.”
Rock Hard | Italy

“As if they had never been away, Carcass have sharpened their instruments and will still tear your face off! With surgical precision, of course.”
Metal Hammer | Norway

The highly-anticipated sixth full-length album by CARCASS, is available on several collectible formats and can now be ordered here http://smarturl.it/SurgicalSteelCD.