The album hit the charts on position # 10 in its first week. 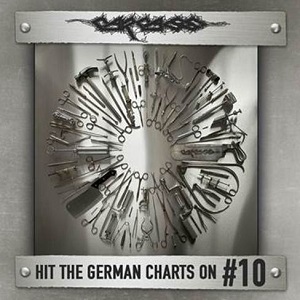 This are the best chart results ever for CARCASS in this countries. Congratulation, Boys!!!

“Wow! Well we had every faith in the fact that we’ve recorded a very strong album and we had every faith in our label Nuclear Blast that they
would work their asses off – but this is AMAZING news!!! This even more impressive when you consider that our album ‘leaked” a month before
the release date AND that we didn’t target the charts in the Summer when it was “soft” and easier to chart high.
CARCASS was up against some strong mainstream releases this past week! Thanks to all the listeners who bought the album- it goes to prove to
all the cynics out there wrong – people DO still buy albums -especially Metalheads! If you bought the album you should be proud of yourselves!
Again thanks from us!”

The highly-anticipated sixth full-length album by CARCASS, is available on several collectible formats and can now be ordered here http://smarturl.it/SurgicalSteelCD.