To celebrate the album’s release, CARDIAC ARREST and Ibex Moon Records have teamed up with MetalReview.com to stream Vortex of Violence in its entirety at this location.

Following up the bulldozer that was 2010 s Haven for the Insane, Chicago-based death metal purists Cardiac Arrest are set to return this Spring with their highly-anticipated fourth full album. Aptly titled Vortex of Violence, Cardiac Arrest once again demonstrates what true death metal is all about with a vicious and relentless assault of grinding intensity and neck-snapping aggression. Continually pushing their sound to new levels of extremity and excellence, Vortex of Violence is the mark of a band whose primary goal is to write music that will not only outlive, but absolutely crush any trend that attempts to pollute the genre of death metal. 2012 sees Cardiac Arrest poised to rip the coveted Chicago death metal crown off the head of any and all challengers. The album is available for purchase online here.

1. Portal of the Damned
2. To Their Graves
3. Relentless Pursuit
4. Conjured Beings
5. Primitive Lunacy
6. Vortex of Violence
7. Depths of Despair
8. Ritual Plague
9. Subject to Torture
10. Sacrifice
11. Last Thing That You See 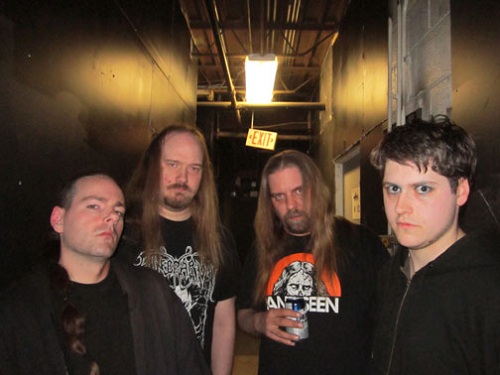 Hot News: Cardiac Arrest – To Release Vortex of Violence on May 22nd Through Ibex Moon Records

CARDIAC ARREST – Haven For The Insane