Cardiant was formed early 2000’s and has been working with the current lineup since 2008. Cardiants style has been described as power metal or heavy rock (someone even calling it AOR!). The band recorded its debut album Midday Moon in 2005. Due to problems within the recording company, Midday Moon was only released in Japan by Marquee Avalon. In 2009 Cardiant recorded its second, self-financed album Tomorrow’s Daylight.

In 2010 Cardiant was selected to the semi-finals of Finnish national selection for Eurovision 2011 from amongst a group of 277 participants. Cardiant was voted to the finals along with nine other performers. The same year Cardiant also composed and recorded the theme and entrance song for Finnish ice-hockey team Tappara.

The third album “Verge” will be released in May 31, 2013. The material is more versatile and a bit more progressive compared to the previous albums. However, the band still trusts in the power of strong choruses and catchy melodies. Supporting the renewed style, Cardiant recorded real grand piano for the album at Vanajasali, Hämeenlinna. For the first time Cardiant also used an external producer, Janne Saksa. Outi Jokinen joined the band in 2012 as a backing vocalist and along with the backing vocals, she also has lead parts on the new album. 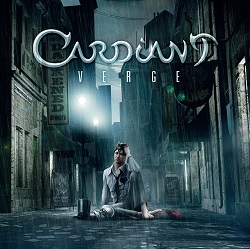