HELLS HEADBANGERS announces April 29th as the release date for two early, seminal CENTURIAN releases: the band’s Choronzonic Chaos Gods debut and the preceding Of Purest Fire demo. More info for each, as well as respective covers and tracklistings, follow below: reap the whirlwind!

Originally released in 1999, HELLS HEADBANGERS is proud to present a well-earned reissue of CENTURIAN‘s classic debut album, Choronzonic Chaos Gods. Very aptly titled, Choronzonic Chaos Gods is a veritable vortex of chaos magick executed with military precision. CENTURIAN at this stage could accurately be described as “death metal,” but the ever-cyclonic, ever-coiling whirlwinds unleashed by the band take on a form more supernatural than physical. As such, CENTURIAN’s debut album found much favor with the black metal faithful at the time, as well as those who held hope for a flagging death metal scene; not for nothing was it released by the esteemed Full Moon Productions label. Now, HELLS HEADBANGERS unleashes Choronzonic Chaos Gods, out of print for years, on CD and, for the first time ever, vinyl LP. Cover and tracklisting are as follows: 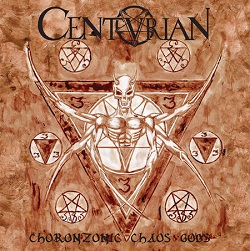 Originally released in 1997, HELLS HEADBANGERS is proud to present a well-earned reissue of CENTURIAN‘s sole demo,Of Purest Fire. Very aptly titled, CENTURIAN‘s introduction to the world is a veritable conflagration of occult energy and seared-black death metal battery. Although the band would find acclaim in the metal scene with their subsequent debut album, Choronzonic Chaos Gods, it was here with Of Purest Fire where CENTURIAN were at their rawest and most hungry, not to mention their most blackened, with cult covers of early Morbid Angel and Inquisitor underlining this point in no uncertain terms; not for nothing was it later released on CD by the esteemed Full Moon Productions label. Now, HELLS HEADBANGERS unleashes Of Purest Fire, out of print for years, on CD and, for the first time ever, vinyl MLP. Cover and tracklisting are as follows: 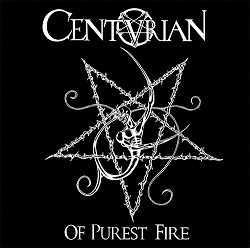