On 03/17/2012 in Warsaw Progresja a Release Party of the last CENTURION LP called Serve No One, which had a premiere three days before the event through Psycho Records, took place. During the show the band presented the songs from the several records, but mostly from the newest one.

You may check the live performance of the two songs, known before through the network issue, under the following links:

No One To Serve: http://www.youtube.com/watch?v=NMdmIAHyeiw

The photo gallery from the event is also available on the official band website: http://centurion-deathmetal.pl 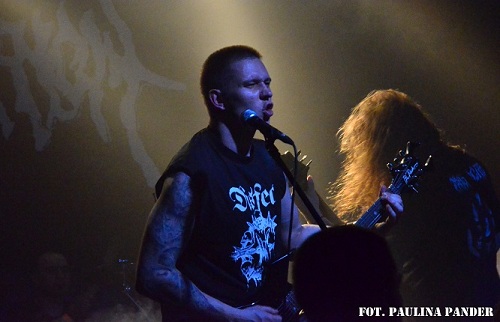 Recently I’ve been having some doubts regarding the potential of an audience on the underground concerts, but the hell that had happened under the stage on our release party was a crushing adrenaline shoot. It was good to see a large group of devoted maniacs, that know our songs, despite the fact that the CD has been available since three days before. It was fucking amok, and we got in infected with this madness as well. Hope that there will be more such gigs in the near future.

I’m positively surprised with the audience on the show. The commitment of maniacs was extreme under the stage. The concert was a success, good attendance and support bands shows, makes that release party was great. Big thanks to Belzebong, Cryptic Rites and Soul Snatcher, who have substituted Supreme Lord in last moment, because they cannot play this evening. Party after the show was a great too. I think, that anybody who was there can’t be disappointed and I regret only one thing, that I couldn’t have drink with everybody who suggest me drinking!  See you on the next show!!! 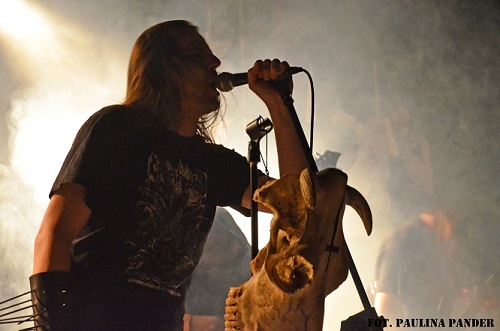 During the show for the first time ever the band presented its latest song Mutilated By The Gods, which was composed after the recording of Serve No One.

In addition, the entire concert was recorded on video. It will be used to produce a live video for one of the tracks from Serve No One.