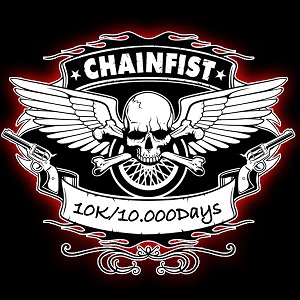 “10.000 Days“, a brand new song from the Denmark-based groove metal band CHAINFIST, can be streamed below. The track was recorded at Six String Studios with Søren Jensen and was mixed and mastered by Jacob Hansenat Hansen Studios.

Jackie has this to say: “It’s time yet another new song from Chainfist. This time we’ll give a badass heavy song called “10K”. It shows the more melodic side of Chainfist, and like “Mass Frustration” we went for a more old-school sound like the good old 90’s. This song got it all, from body bouncing, neck breaking riffs too more melodic and slow breakdowns, you will love this for sure. The song will be featured on the yet no named 2nd cd from Chainfist, due to be recorded this fall 2012. So ladies and gents, we present to you: “10K” aka “10.000 Days” – Play it loud, share it and most of all, break your neck!!” 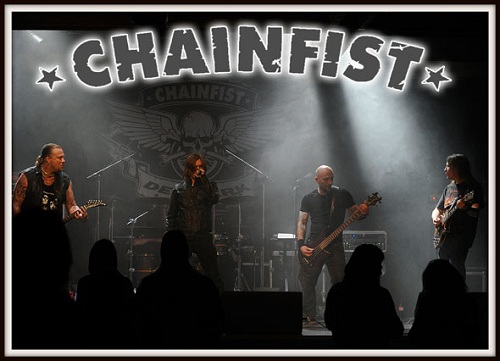 CHAINFIST is currently recording its second, as-yet-untitled album for a late 2012 release. The new material is described in a press release as “stronger, heavier and even more melodic than the songs on the band’s debut CD.”

Furthermore Chainfist headlines this year the “Knivsbjerg Rock Spectacle Festival 2012” June 2nd 2012 (www.knivsbjerg-rock.com) with Hongo Skulls, More Roar, Clearway, Face Red Lion and Nebcube, so if you’re in Denmark, you should be in for a surprise or two! 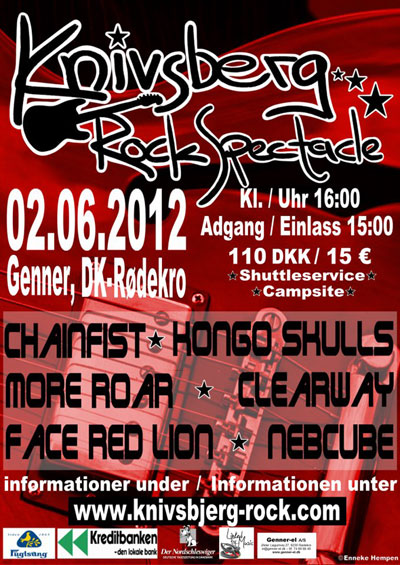