A new full song “Mass Frustration” from the Denmark based groove metal bandCHAINFIST can be streamed below.

“Mass Frustration” was recorded at Six String Studios with Søren Jensen behind the wheel and mixed and mastered by Jacob Hansen at Hansen Studios. 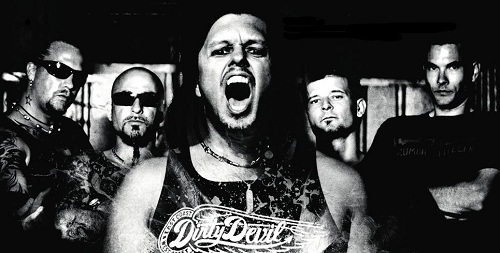 CHAINFIST are currently recording the band’s second, yet untitled album. The new material is stronger, heavier and even more melodic than the songs on the debut CD “Black Out Sunday“.

Metal that makes the world go round, your neck break and your body bounce. Nothing more nothing less.