“The One Inside”, a brand new studio album by one of the most interesting rock bands from Poland – Chemia, will have its official release day on November, 4th. However you can already preview and purchase this album online (see links below).

The band has just released a new video clip promoting the new album. An adults only version video  clip “Fuckshack” is available on the band’s official YouTube channel in THIS location.

On September, 17th the album was released in Canada. Currently, the band is planning a big international tour. Fans in Canada can see them on the followings dates:
November 2 – Café Dekcuf – Ottawa, ON
November 6 – Norma Jeans – London, ON
November 7 – Club Absinthe – Hamilton, ON
November 9 – The Attic – Markham, ON
November 10 – Maxwell’s Music House – Waterloo, ON
November 12 – Horseshoe Tavern – Toronto, ON

“The One Inside” on iTunes, Spotify, Deezer & Wimp:

Chemia – The One Inside 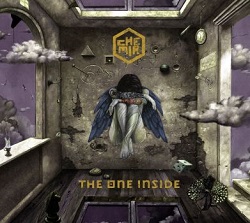