Chemia, one of the most interesting rock bands from Poland, is invited to perform at Global Rock Summit 2014 in Los Angeles.  It is one of the biggest international music trade fairs in the world and it gathers the most important people of the rock music business. Chemia’s show will take place in Hard Rock Cafe, Hollywood Blvd. during the opening night (April, 4th).
More info about the event: http://globalrocksummit.com/schedule.php

Chemia have recently released their new video promoting the album “The One Inside”. “Fire” video was shot on January, 9th in Warsaw, Poland during the band’s show at Club 55. The band comments: “The video was made on the 9th of January, 2014 at the club “55” during our annual concert – OPENCHEMIA. The whole footage was shot using our audience’s devices (smartphones, etc.). Maybe we had started a new tradition? We had a good nose for it – we had already made a video for this song before launching the tour. Emotions run really high when we play it live.” You can watch “Fire” in THIS location. 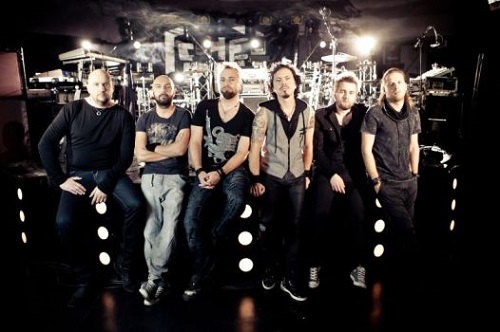 Chemia’s next studio album is planned to be released later this year.

They are the Polish band that stole the heart of Ralph James, one of the bosses of The Agency Group, the biggest concert agency in the world. They are the band best known to the German fans of the football club Borussia Dortmund. They are the favorite band of the very popular Canadian side-man, Marc LaFrance (Alice Cooper, The Cult, David Lee Roth and many others). And finally, they are the band that was invited twice to the famous Warehouse Studio where such bands as Metallica, Nirvana, AC/DC, R.E.M and Biffy Clyro recorded their albums. The band was formed by the guitarist Wojtek Balczun in 2010 in Warsaw and their current line-up also includes: Maciej Mąka (guitar), Krzysztof Jaworski (bass guitar), Adam Kram (drums), Rafał Stępień (keyboards) and Łukasz Drapała (vocals). The band performed together with such big artists as Red Hot Chili Peppers and Guns N’ Roses! In Autumn 2012, Chemia left for the Canadian Warehouse Studio to record their third studio album “The One Inside”. During the whole recording process they were supported by Marc LaFrance and the album was mixed by Eric Mosher (Chickenfoot, Joe Satriani).
“The One Inside” features 13 rock tracks inspired by classic rock ranging from the Beatles to Led Zeppelin and by the best post grunge tunes!