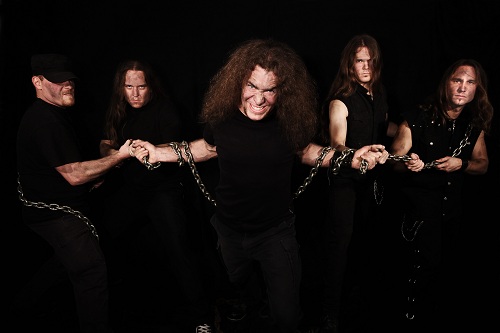 CIRCLE OF SILENCE are currently recording their new album “The Rise Of Resistance” at the Maranis Studios in Backnang, Germany.

The band about the sound of the upcoming record:

“The first impression is that the new ones are a bit heavier than the stuff from ‘The Blackened Halo’ and a bit more straight forward. A lot of double-bass action is going on in those first songs!”

The guys have already posted the artwork of “The Rise Of Resistance“, which was created by Francisco Garcés (a.k.a. Dibujante Nocturno). 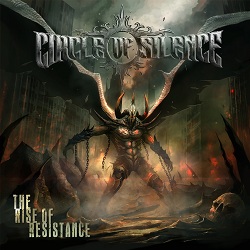 CIRCLE OF SILENCE have also released a couple of song titles, that will be featured on the album: “Eyes Of Anarchy”, “Mind Conspiracy”,  “An Oncoming Storm”, “Slave To The Greed Machine”,  “Blood Of Enemies” and “One Moment Of Hate”.

Get your copy of CIRCLE OF SILENCE‘s latest album “The Blackened Halo” here: http://massacre.musiclogistics.net/releases/11521?lang=en