“Destroy The Angels”, the new video from Polish rock/metal band Cochise can be seen on Metal Mind Productions’ channel on YouTube in THIS location. The song is taken from band’s forthcoming album “118” scheduled for release onFebruary, 24th 2014 in Europe and March, 11th 2014 in North America (via MVD). The clip was shot in Warsaw, Poland and was directed and produced by Bui sisters.

Paweł Małaszyński, vocals comments: “’Destroy the Angels’ is a dark song about love and slavery. It was one of the very first ideas that came to my head when I was sitting in a ho-tel room no. 118. I knew right away that we should record a video to this track and I knew exactly what it should look like. It’s hard to film such a video without a huge budget. With sisters Bui it came out just perfect.”

The band’s third studio album “118” proves that they can remain true to the rock tradition and still enrich their sound with fresh and original ideas. 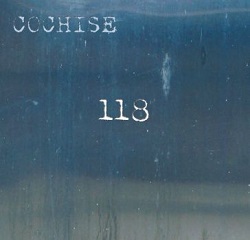 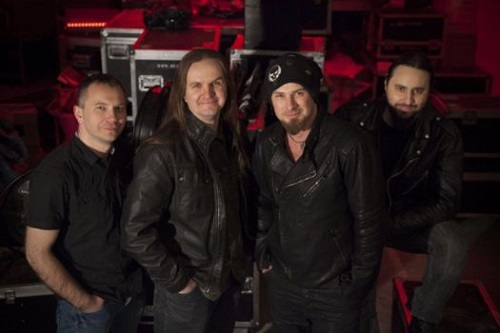 The band was formed in 2004 in Białystok, Poland. The current line-up includes: Paweł Małaszyński on vocals (he is also a very successful movie actor in Poland), Wojtek Napora on the guitar, Radek Jasiński on the bass guitar and Czarek Mielko on the drums. So far, they have released a demo “9” plus two full-length releases – „Still Alive” in 2010 and „Back to Beginning” in 2012. On their studio albums, Cochise perfectly blend energetic songs enriched with heavy, almost metal sounds with more delicate, atmospheric ones. And that’s exactly what you can expect from their forthcoming release “118”.

„Coincidentally, the new album marks the band’s tenth anniversary” – Radek Jasiński, the band’s bassist, comments. “It will be our third release and, on the one hand, it will show how far we have gone since our very beginning and, on the other, it will prove that, despite the changing music trends, it’s still us – the same musicians who still love to play rock music”.

Paweł Małaszyński, the vocalist, reveals the meaning of the album’s title: „Due to my work as an actor, I spent the last two years of my life travelling. Different cities, different hotels, where I can also work on new music. For some reason, the hotel rooms I stayed in were al-ways number 118. For me, the room 118 means the exchange of energy. It’s really important who you’re sharing it with. It’s a claustrophobic, intimate place, filled with emotional waste – which you could compare to a peeling wallpaper – that has seen everything our minds cannot understand. It’s a room where we sleep with our eyes wide open, hidden in the corners behind spider webs of doubts. It’s a rare type of insanity… still cherished and still wanted… buried behind the door to the room 118”.

Hot News: Cochise reveal the cover artwork and tracklist of their new album