Minneapolis’ depressive doom metal entity COLD COLOURS has returned with a new line up and the follow up to 2013’s self-titled full-length.  The band’s new three-track digital EP, MMXIV, is now available at coldcoloursmetal.bandcamp.com.

Expanding on the dark and heavy gothic/doom aura on the self-titled release, MMXIV sees COLD COLOURS reaching new levels of sonic and emotional aggression and depression. And this is just a mere taste of what’s to come as the band continues to evolve as both songwriters and performers while crafting new material for the next long-player.

MMXIV was recorded and mixed and 14:59 Studios by Zachary Letourneau and Will Maravelas. Mastering duties were handled by Dan Swano at Sweden’s Unisound Studios. 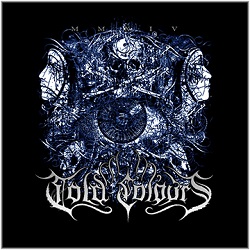 Heathen
From This Pain
Terminal Winter