CONTINENTS have released their second behind the scenes studio update for their forthcoming release Idle Hands, out January 22nd, 2013. Guitarist Tom Weaver and Darryl Sweet get to work and take fans through the recording process at Studio Six in Swindon, England with producer Stu McKay. Watch all of their shenanigans here. 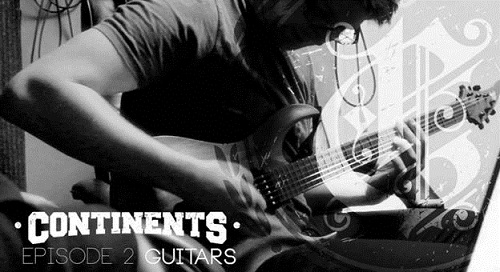 “The build up to recording of Idle Hands was intense. We were desperately trying to polish off the material we already had and still were writing most of the lead guitars while in the studio. That worked in our favor though; it meant that we could continue to be creative there rather than laying down riffs we’ve had for months. We spent a long time getting our guitars to sound the way we wanted. We tried a few amps, many guitars and over a day on mic placement alone. What we got was killer; a real nice blend of warm low end and high end clarity”, comments guitarist Darryl Sweet.

Pre- order packages for Idle Hands are available through the Victory Records’ webstore for $19.98 and include a CD, poster and t-shirt; for an additional $2.00 fans can swap out the CD for a slick purple putty or clear with black smoke vinyl. Order now and add additional CONTINENTS merchandise at a discounted price.

For more information on CONTINENTS: