Recorded in full analog in the autumn of 2012, CONVULSE‘s Inner Evil consists two long, exclusive tracks. The band features the original vocalist, guitarist, and bass player in their ranks, and their brand of classic old-school death metal still sounds like it’s 1991. With a new full-length album scheduled for autumn 2013 through SVART, this is the first recorded material by CONVULSE since their demise in the mid ’90s. 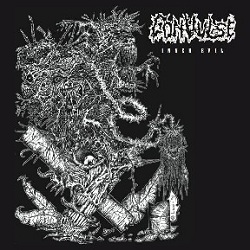 “Our new material has a strong old-school death metal feel to it, and the band is tighter than ever before,” says CONVULSE guitarist/vocalist Rami Jämsä. “When recording, we concentrated on the energy brought on by playing everything live — no triggers or Pro Tools. Nothing beats a well-rehearsed band playing live, be it on stage or in the studio.”

Formed in 1988 under the name S.D.S., CONVULSE‘s first release was the Resuscitation Of Evilness demo cassette in 1990. The success of the demo led to a deal with the French record label Thrash Records, which released the band’s first full-length album, World Without God. A CD-single, Lost Equilibrium, followed in 1993 via Relapse Records, after which CONVULSE prepared to record its second album, Reflections. The group travelled to Sunlight Studios in Sweden and laid down the effort in a one-week period. The following year (1993) was dedicated to CONVULSE members performing their mandatory military service in Finland, which delayed the release of Reflections until the summer of 1994 (also through Relapse). An attempt to regroup in support of the CD ended “with poor results,” and after serious discussions, a decision was made to put CONVULSE to rest.

After an 18-year break, CONVULSE returned in 2012 and played a few comeback shows in Finland. In addition, the band has already been confirmed to play next year’s edition of the Maryland Deathfest, with more live appearances in the works. 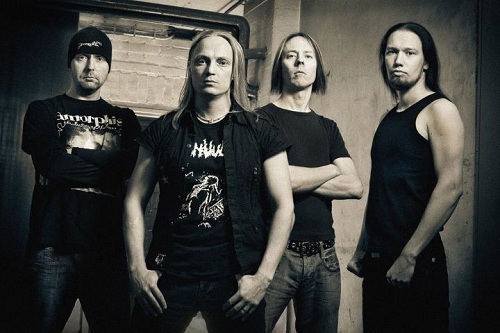