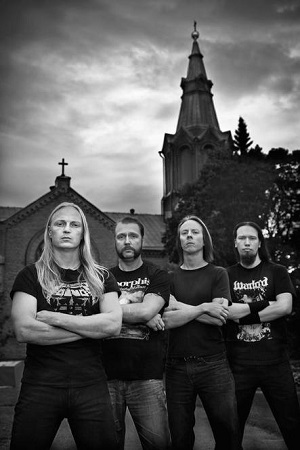 CONVULSE announce November 1st as the release date for their new album, Evil Prevails, to be released internationally by SVART RECORDS. Evil Prevails will be released on CD, LP, and digital formats, and follows CONVULSE‘s critically acclaimed comeback EP, Inner Evil, released earlier this year by SVART. The cover and tracklisting to CONVULSE‘s Evil Prevails follow further below.

Led by guitarist and growler Rami Jämsä with original bass player Juha Telenius and newer recruits Kristian Kangasniemi (guitar) and Rolle Markos (drums), CONVULSE spent the whole of August locked away in an old-fashioned analog studio, recording what was to become Evil Prevails. Rami Jämsä describes the album as a “fascinating combination of old-school death metal, lightning-fast thrashing parts, some blastbeats here and there, and even ultra-slow doom elements. The CONVULSE of the year 2013 is heavier and meaner than ever before. This album is a rebirth as much as it is continuation of the old-school spirit. ”

Finland’s foremost vinyl peddlers SVART RECORDS will release the album on November 1st on CD, gatefold LP, and digitally as well. The album cover is a striking new painting by Luxi Lahtinen, the man responsible for many a memorable piece of art in the early ’90s death metal scene. Having just played large genre festivals such as Maryland Deathfest and Killtown Deathfest, CONVULSE are gearing up for more live appearances, of which there will be more news published in the coming weeks. 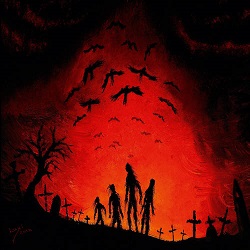