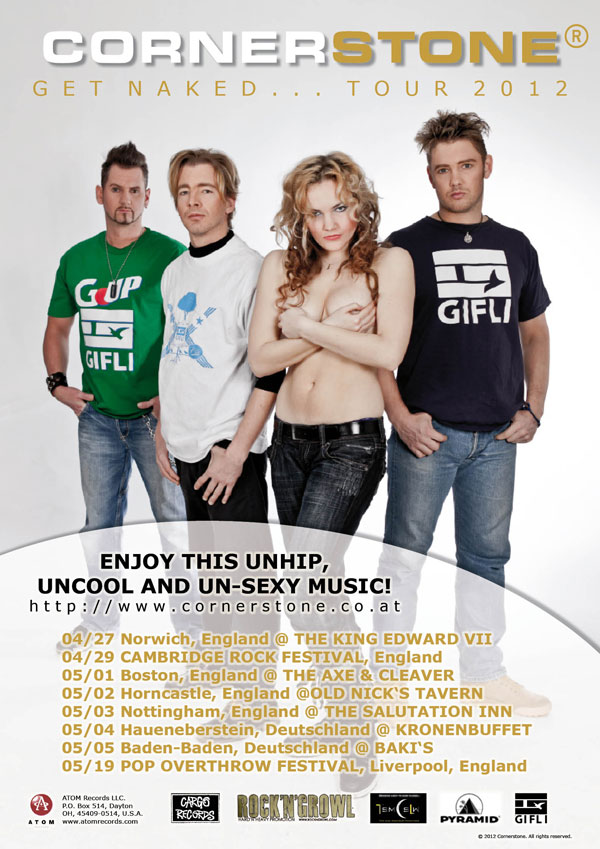 Finally, the cat is out of the bag: at the end of April 2012, Austrian rocker’s Cornerstoneare going to perform at the famous CAMBRIDGE ROCK FESTIVAL. This event is one of the many traditional festivals of Great Britain and over the years, acts like THE STRANGLERS, ASIA, BARCLAY JAMES HARVEST or STARSHIP appeared there. Because of this year’s Olympic Games in London, the festival will be divided into a “Summer-” and a “Spring-Edition”. Subsequently, Cornerstone is going to tour through the UK again, for the fourth time meanwhile. Some gigs in Germany are planned, too. Highlight of the tour will be the POP OVERTHROW FESTIVAL in Liverpool/UK, where the band will perform at the Cavern Club, where nobody less than the BEATLES made their first steps as a band.