Candlelight Records confirms February 27th as the European release date for the self-titled new album from Corrosion of Conformity. Recorded at Dave Grohl’s Studio 606 in Los Angeles, the album was produced by the band in cooperation with long-time collaborator John Custer. It was mixed by John Lousteau (Foo Fighters) and features artwork by Seldon Hunt (Melvins, High On Fire). The album will be available on standard cd, deluxe digipak, and two exclusive vinyl formats.

Featuring the esteemed Animosity line-up of vocalist/bassist Mike Dean, guitarist Woody Weatherman, and drummer/vocalist Reed Mullin, the album’s release closes a six year recording gap and completes over a year of concentrated writing and recording for the band. Reflecting on the past year and the album’s recording process, Mike Dean notes, ”we tracked the songs at Studio 606 then headed for Europe, toured the US, and returned to Europe. We then did some vocals at home in North Carolina but not where we originally planned; the studio was flattened by a system of spring tornadoes. We made our way back to 606 about seven months later and mixed twelve songs in ten days. The whole time we were out there, we were living in the onion fields of Ventura County and had to drive over the Santa Susana Pass to the San Fernando Valley every day. That was some fuel intensive time to reflect. As a whole, the album was an inspired and efficient collaboration. John Custer told me he thought we were all working together as one organism; which is an apt description.” 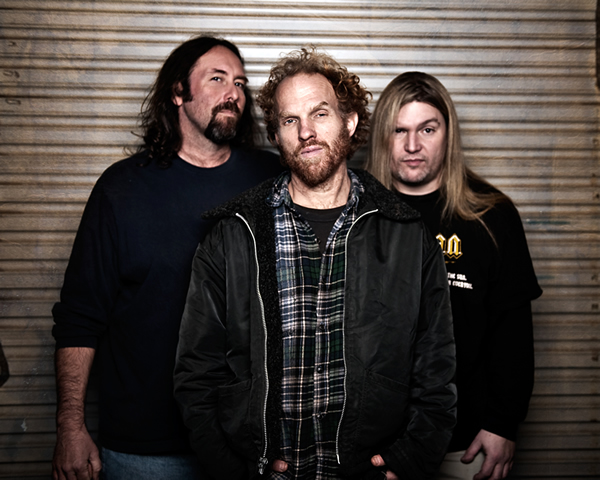 Corrosion of Conformity features eleven new songs with the deluxe digipak and vinyl formats including two additional songs. Vinyl collectors will want to seek out both formats of the record; the European configuration confirmed as a double 180-gram clear vinyl and the American version featuring a single 180-gram black-and-white splatter vinyl with a limited 7-inch which will include the album’s bonus songs. Both versions will feature a gatefold sleeve.

Dean notes, “we like the idea of pressing this music on vinyl because so much of our inspiration comes from music that precedes the digital era. It’s also cool to have that large format for the artwork and the lyrics and the credits. It’s such a tangible physical product you can hold in your hands. In Europe, the vinyl will include a cd so you can get the files into your digital realm. In the US, a download card is included”

Formed in Raleigh, North Carolina in 1982, Corrosion of Conformity’s heavy music hybrid is a fan and critic favorite. Decibel Magazine recently called the Grammy-nominated band’s blending of metal, punk, and southern rock, “a crucial stylistic lynchpin… Corrosion of Conformity irrevocably reshaped crossover’s sonic possibilities.” AllMusic.com notes, “C.O.C. weren’t following any trends. They just incorporated all the things they liked about thrash, punk and ’70s metal originators Black Sabbath into their constantly evolving sound. It secured them artistic and commercial credibility.” With over 1.1 million albums sold in the United States alone, the new album will be the band’s first since 2005’s In the Arms of God. Complete track listing is:

Hot News: Corrosion Of Conformity Checks In From Danzig Tour

CORROSION OF CONFORMITY – Corrosion Of Conformity