Regarding their signing, the lads issued this statement: “It’s been an accomplishment for us to complete the recording of our debut album and work with people that we never thought we’d have the opportunity to create music with, and it’s an honour to sign with Season of Mist and to be part of such an eclectic label and team. We would like to take this opportunity to issue a formal volume warning with our forthcoming album, and CORRUPT MORAL ALTAR takes no responsibility for the end of the world. Seriously though, we are looking forward to touring the hell out of this record and ruining ourselves in the process. If you have seen our shows, keep coming. If you haven’t seen our shows, we are just getting started and you will soon.” 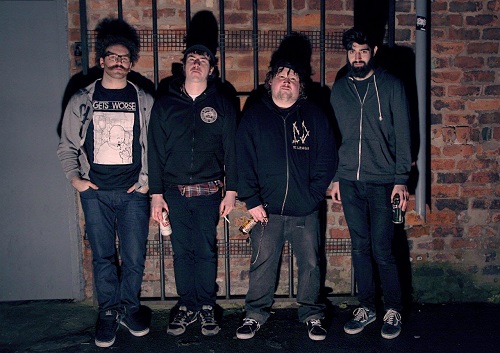 CORRUPT MORAL ALTAR already created shock-waves in the English underground upon the release of two EPs, a demo, and intimidating live shows. They have toured their island extensively, playing alongside renowned acts such as BRUTAL TRUTH, PSYCROPTIC, EXTREME NOISE TERROR, HOUR OF PENANCE and more in the process.