Metal Mind Productions is proud to announce the release of the seventh studio album by Corruption entitled “Devil’s Share”. With this album, the masters of stoner metal return to Metal Mind Productions’ roster. Piotr “Anioł” Wącisz, the band’s leader and bass player, comments: “During our previous co-operation with Metal Mind, we recorded three studio albums and a live DVD and played an amazing show next to Deep Purple. I am very glad we got an opportunity to work again with the label that is responsible for Corruption’s existence and evolution. I hope the release of our brand new album, “Devil’s Share”, will be a huge success. For me personally, it’s a very important event because it proves that Corruption, which I manage, keeps evolving, now with new excellent musicians in the line-up: Dani, Rutkoś and Vincent. Thank you!”

The band was formed in 1991 in Sandomierz, Poland, and after four years released its debut album “Ecstasy”. Their second studio album, “Bacchus Songs”, was released in 1996. Their next albums  – “Pussyworld” (2002), “Orgasmusica” (2003), and “Virgin’s Milk” (2005) – were recorded under Metal Mind’s flag. Their only live DVD release entitled “Hellectrify Yourself” saw the light of the day in 2004. Their latest album so far, “Bourbon River Bank”, was released in 2011. The band went through many changes but today return in a stable line-up: Piotr “Anioł” Wącisz (bass, backing vocals), Daniel “Dani” Lechmański (guitars, lead vocals) Piotr “Rutkoś” Rutkowski (guitars, lead vocals), and Bartek “Vincent” Gamracy (drums). The names should be well-known to the fans of Polish metal, as the musicains are also active members of the following bands: Virgin Snatch, Exlibris, Spirit, Chain Reaction and Dr.Ink. 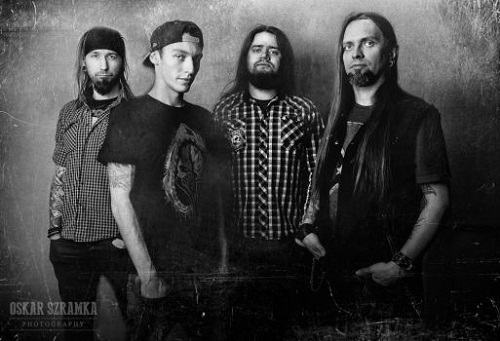 “Devil’s Share” is scheduled for release on June, 9th in Europe and July, 8th in North America.

Hot News: Corruption – check out the preview of their new album “Devil’s Share”

Hot News: Corruption reveal the cover artwork and tracklist of their new album