Legendary U.S. doom act COVEN (also known as COVEN 13) has been confirmed to appear at Germany’s Hammer of Doom Festival on November 10, 2012 at Posthalle in Würzburg. The festival begins on November 9th  for Epic Night at which ROSS THE BOSS will headline.COVEN will join PENTAGRAM, THE SKULL, SOLSTICE and others in performing the next day, appropriately called Doomsday!

Visit www.facebook.com/HammerOfDoomFestival for more information on the fest. 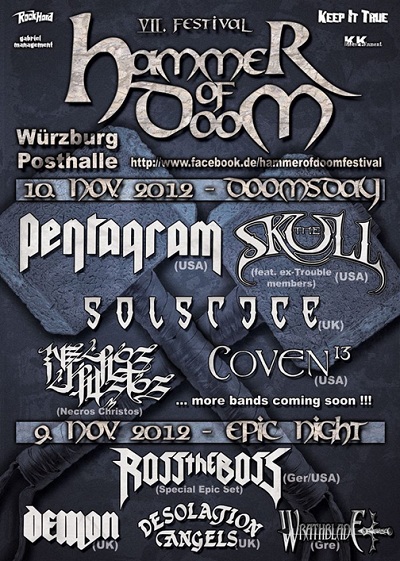