CREST OF DARKNESS founder and frontman Ingar Amlien together with drummer Kjetil Hektoen will join members of LEGIONES, ENTHRAL and THE EMBRACED in a specially formed band called SYTHANAGON WINGED to perform five songs by the late Thomas “Quorthon” Forsberg, founder of BATHORY and one of the pioneers of the first wave of Black and Pagan/Viking Metal. The event, which is billed as “Blood Fire Death – In Memory of Quorthon”, will take place on Saturday 17 November at the Fru Lundgreen in Trondheim, Norway, and as well as SYTHANAGON WINGED, other bands taking part include CHTON, CLEAVER, LAW OF THE HORSEMEN and A SORCERY WRITTEN IN BLOOD.

Commenting on the Quorthon Tribute event, Amlien, who started his musical career with the progressive band CONCEPTION before forming CREST OF DARKNESS, a vehicle that allows him to explore the more vampiric and satanic elements that interest him, said: “It’s a huge honour to be part of a tribute to an incredible musician. One who has influenced and inspired, and will continue to influence and inspire, generations of other musicians. It’s no exaggeration to say that many of today’s bands would probably not be around without him. Kjetil and I have been rehearsing hard with the rest of the guys and we are ready and very much looking forward to performing the BATHORY songs and do them the justice they deserve”. 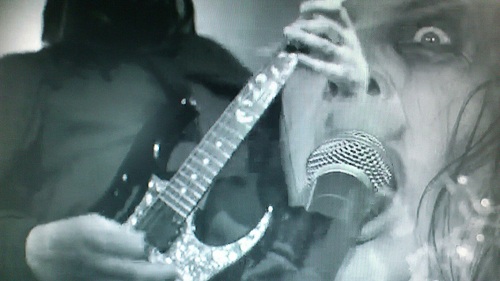 “In the Presence of Death”, CREST OF DARKNESS’ sixth full-length album is set for release on My Kingdom Music on the 11th February, and according to Amlien it will be “the most complete, extreme and dark album the band has ever recorded”. Aside from Amlien himself on bass and vocals, the band’s lineup includes Rebo on guitars, Kjetil Hektoen on drums and the recently recruited DJEVELKULT guitarist Jan Fredrik Solheim. More information about CREST OF DARKNESS can be found at http://www.crestofdarkness.com/

The official video for the track “Dru Nasu” from CREST OF DARKNESS’ album “Give Us the Power to Do Your Evil” can be seen at http://www.youtube.com/watch?v=IfMmS-EHM1s