Spanish thrash metallers CRISIX have uploaded a brand-new video for the title track off their sophomore release, Rise…Then Rest.

After recruiting sound guru Andy Classen (BELPHEGOR, LEGION OF THE DAMNED, KRISIUN) to mix and master their debut, The Menace, CRISIX enlisted another icon to handle the follow up. Erik Rutan (HATE ETERNAL, CANNIBAL CORPSE, MORBID ANGEL) put his proven studio skills into Rise… Then Rest for monstrous results. 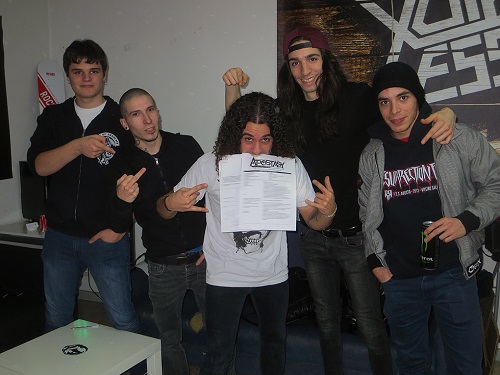 Rise…Then Rest is the name of the game. The listener is grabbed directly by the constantly high energy level that only stops when the album is completely risen. That is the sole moment to take a rest! Until now, the album was only made available in Spain where it peaked at #63 on the charts and received several awards for Best Spanish Metal Album. Apostasy Records is going to spread this hard-driving Thrash Metal all over the world.

Rise…Then Rest is out now in Europe, with a North American release date set for May 6 on Apostasy Records. Watch the Juli Baz Sánchez directed video for “Rise…Then Rest” at: www.youtube.com/watch?v=Xnpg8g5flHM 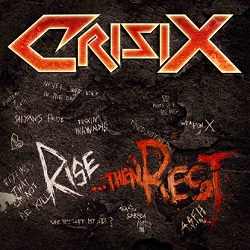 I.Y.F.F.
Rise…Then Rest
Bring ‘Em to the Pit
Those Voices Shall Remain
One by One
Frieza the Tyrant
Seven
Army of Darkness
Volcano Face
Scars of the Wolf
Waldi Gang
Ace of Spades (Motörhead cover)