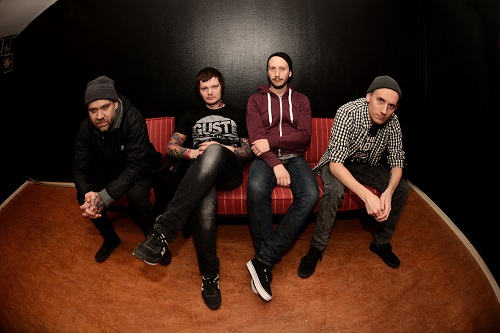 Four dedicated scenesters teams together and gives us the most splendid emo-rock possible! David and Thomas
used to playtogether in Meleeh and Daniel played the drums in In Ruins Of, all from the same depressive working class city region in Sweden (Gävle/ Sandviken) where the alternative music scene from time to time have been an flourishing element as a counterpart to the everyday life and distress.
You can easily hear the so called “Gävle sound” in Crooked Letter’s music, and of course (some of our favorite) several mid/ late 90’s emo-rock bands.

This is what the band has to say:
We’ve always had the dream of starting a band influenced by the local scene of the nineties. It was a time when hardcore and punkrock really flourished in our town in the northern parts of Sweden. We were teenagers back then, starting bands, releasing tapes and setting up shows. A time of searching for an identity and pushing forward. A time of finding out that you can do things by yourself. The bands that came out of our little east coast town could really write powerful songs with great melodies. ”The Gefle sound” is something that still pops up at punkrock shows in Europe when bands are described in flyers and posters. That is honorable to see and Crooked Letter is a creation nurtured from that scene. It took us 18 years. This is our contribution…