The song comes off the band’s self-titled release, which came out last fall and was greeted with mass approval from critics and long-time fans who have been thirsting for the return of CRYPTOPSY‘s tech-death glory days. Check out the lyric video for “The Golden Square Mile” at this location.

Next week, CRYPTOPSY will join forces with CATTLE DECAPITATION and DECREPIT BIRTH for a 24-date trek across Europe. The tour will kick off on April 12th at Helvete in Oberhausen, Germany and conclude with an appearance at the Neurotic Deathfest in Tilburg, Holland on May 5th. 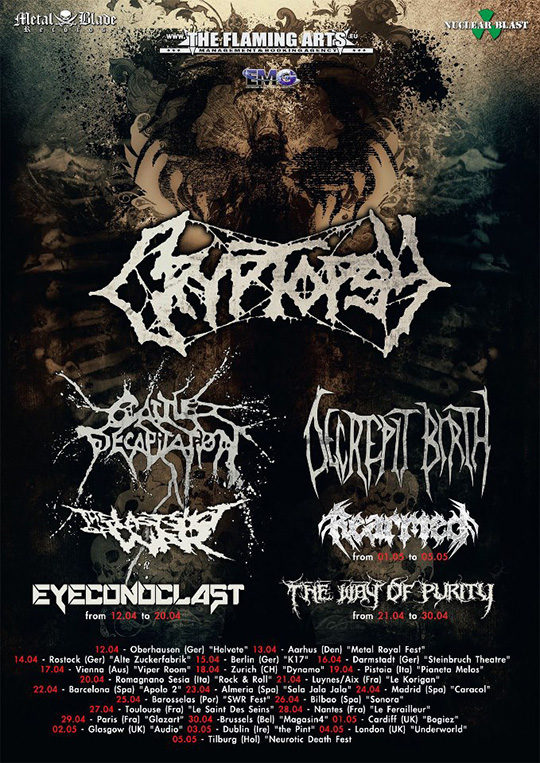 “Back to their roots and brutal as ever CRYPTOPSY is like a fine bottle of Porto, the taste is more complex and the flavor richer as the time passes.”

“CRYPTOPSY is not just a return to form; it’s a new entry in the pantheon of technical death metal.” – (Adam Schultz, TheNewReview.net)

“Cryptopsy is, once again, amongst the leaders in the exalted and exacting Montreal and Canadian scenes, and there is nothing more vile than that.”

Hot News: Cryptopsy – To Release “The Best Of Us Bleed” 2CD Compilation On November 12th, 2012 In Europe