ZVEKAN says: “When I picked up a VGS guitar for the first time and started playing I instantly knew that this was something awesome. With it’s great craftsmanship, awesome EMG pick ups and a very cool finish that was absolutely something for me. It’s totally inspiring and feels just perfect.” 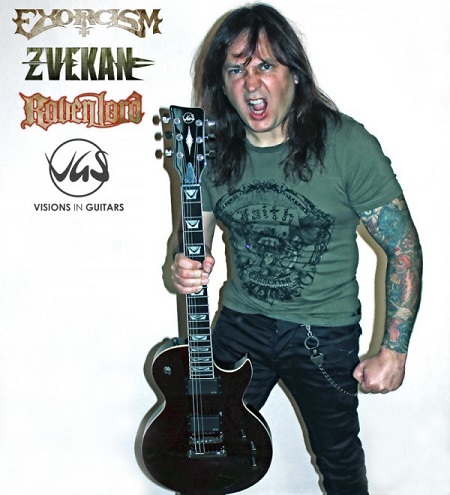 Heavy metallers EXORCISM recently released a video teaser with behind the scenes and studio footage for the forthcoming album, featuring the song ‘ZERO G‘ that appears on the CD, can be seen here: http://www.youtube.com/watch?v=e0Y15GUFYxY