With a new album “Gâst” set for release later this year on Selfmutilation Services, Danish Black Metallers BLODARV have debuted a second track from what will be the band’s fourth full-length album. Unlike the previous track “I Blaek Og Blod”, which recently had its debut as a music video, the lyrics to the new track, “Surrounded by Dust”, are in English and the track can be heard on BLODARV’s SoundCloud page at http://soundcloud.com/blodarv/blodarv-surrounded-by-dust

The music and lyrics of BLODARV have always represented a very personal aspect of founder and front man Hugin’s life and beliefs. Writing both in English and Danish he gives voice to his deepest thoughts and emotions through his poetry, which in turn becomes the lyrics to his music. According Hugin “Surrounded by Dust” is in a way much more representative of the album as a whole: “The “I Blaek Og Blod” video caught some of our fans by surprise as the track is not as dark as they have come to expect from us, but as always in BLODARV we create various atmospheres, to fit the music to the lyrics, and “Surrounded by Dust” takes us firmly back into the darkness. It is, in fact, one of the slower tracks on the album and is one of my personal favourites. We finished recording the guitars for the track on the 5th of August and mixed and engineered it over the next few days, so it’s ‘smoking hot” in every sense of the word”. 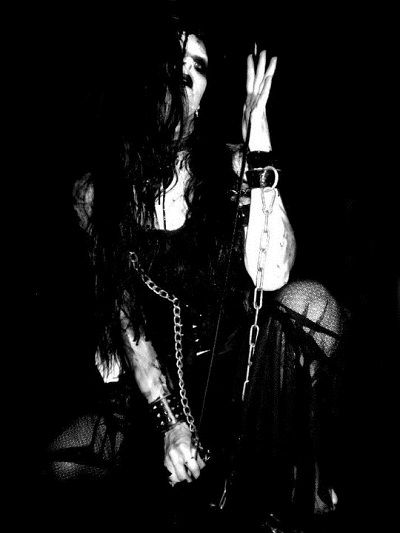 BLODARV’s next live appearance will be at the Club Sick in Odense, Denmark on the 15th September supporting IMPALED NAZARENE. More information about BLODARV can be found on the band’s Facebook page at http://www.facebook.com/blodarvofficial