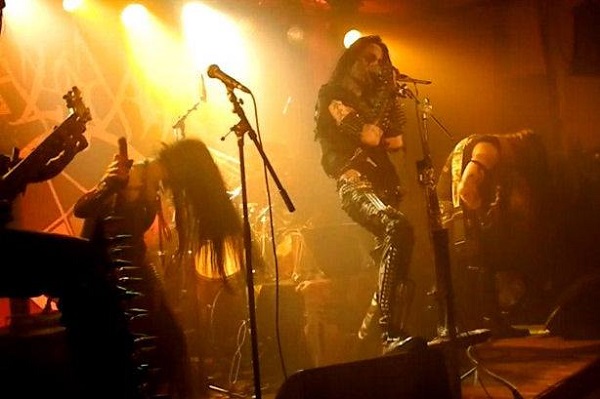 With founder and frontman Hugin due to celebrate 20 years in the Black Metal Underground next year, Danish Black Metallers BLODARV are currently in the studio recording material for “Flamekeeper”, which is set to appear in the spring of 2014 in 7” vinyl format. This will be the first vinyl release from the band in ten years, and will come in two different versions, including a special Ceremonial Box set whose contents include some unique items handcrafted by Hugin himself during a specially held ceremony on the Island of Bornholm. The “Flamekeeper” 7” regular EP will be limited to 500 copies, and includes a lyric sheet. The “Flamekeeper Ceremonial Box” edition is strictly limited to only 50 units and given the very limited nature is already available to pre-order at www.blodarvshop.bigcartel.com

Included in the “Flamekeeper Ceremonial Box” are the following:
Flamekeeper 7″EP in black vinyl with cover
An EP box with a special BLODARV cover design for storing all the objects included
23cm embroidered Back Patch
9 x 9 cm sticker
Photo sheet
Lyric sheet
Necklace crafted by Hugin out of goat bones from the island of Bornholm and hand numbered on the back
Black candle from the ceremony that was held during the crafting of the necklaces
Black jewellery bag for the necklace
Two-sided print guitar pick with “Flamekeeper” on one side and the BLODARV Logo on the reverse

Commenting on “Flamekeeper” and his reason for handcrafting some of the contents of the Ceremonial Box, Hugin had this to say: “The new tracks on “Flamekeeper” are a salute to the power of the ancient flame – the fire that feeds us and the fire that eats us. It is about putting demons into art, protecting the old, and once again leading the listener into the dark demon-filled universe of BLODARV. But above all it is about creating great Black Metal and at the same time not just giving the fans music, but also giving them something unique and personal, much in the same way as it used to be in the early years of the Black Metal Underground. We have a strong connection to our fans and followers, that’s why I crafted fifty amulets out of the goat bones during a ceremony instead of one, and why I chose to put one in each of the limited box sets for the most diehard fans”. A teaser video of Hugin carving the necklaces can be seen at http://youtu.be/z1cp76HqNcY

As well as “Flamekeeper”, 2014 will all so see BLODARV releasing a new full-length album, the first to feature the band’s new drummer Fjorgynn. More information about BLODARV can be found on the band’s Facebook page at www.facebook.com/blodarvofficial 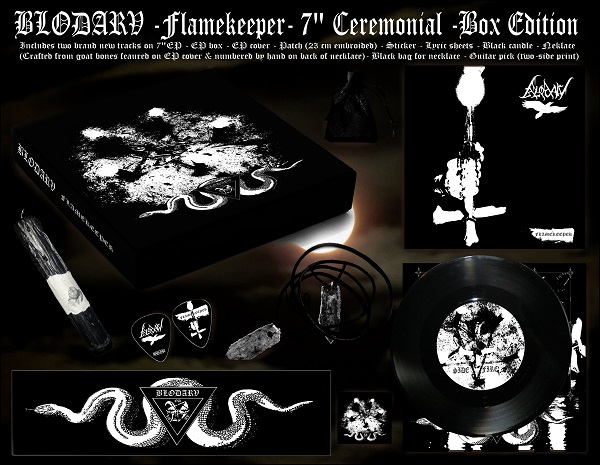