The Danish metal festival Day of Decay returns with a new venue and an international top act to headline the bill.

For the third consecutive year, the annual one-day festival will annihilate the city of Aalborg in Northern Denmark and the gory devastation is set to take place on May 18th at Studenterhuset (students’ house).

The first confirmed bands are a true triple-headed metal monster consisting of the Brazilian deathmetal veterans of Krisiun, the melodic metal masters of Mercenary, and the upcoming local thrash heroes of Caro (formerly Omen). 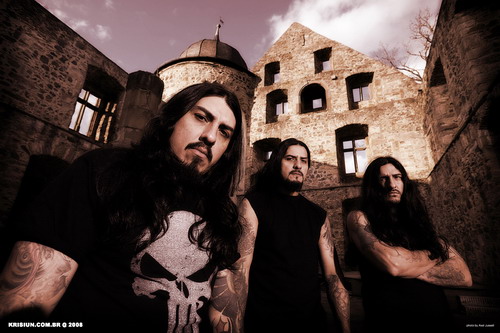 “We are very proud to announce Krisiun – one of the greatest deathmetal bands around today. Having them play in Aalborg certainly is a big thing,” says Carsten Brogaard Pedersen, chairman of the Music Association Day of Decay, the organization behind the festival.

Since their conception in 1990, Krisiun has released eight albums and performed on stages worldwide. The latest album is the critically acclaimed “The Great Execution” which was released on Century Media in October 2011. 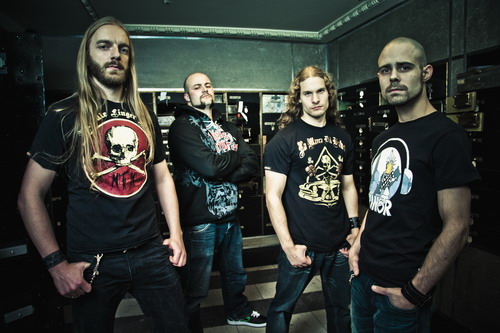 Second band on the bill – the merciless Mercenary – was formed in 1991 and has toured all over Europe and the US. For the past decade, Mercenary has been a pioneer for Danish metal on the international stage, verified by the release of six succesful albums. After several line-up changes, the band is back with a strong album and the four-piece is all set to destroy their hometown with their show at Day of Decay. 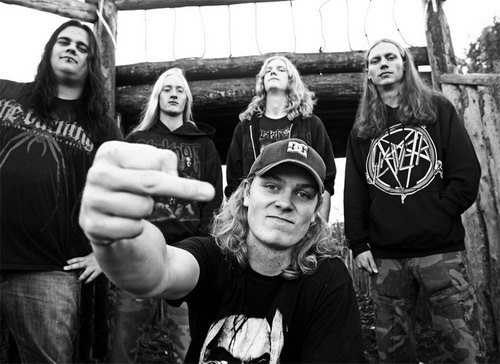 With a freshly signed contract with the US label Rogue Records America and a debut album coming out later this year, the thrash metal upstarts in Caro are determined to turn some heads. “They are a very skillful band so we think they are a perfect match for Day of Decay. One of the points of the festival is to support the metal scene in Northern Denmark, and we want to help these upcoming bands on their way by creating some good connections and expanding their network,” says Carsten Brogaard Pedersen.

In the past two years, the festival took place at two different outdoor venues, but this year Day of Decay is going down at an indoor location. “To us, as festival organizers, the collaboration with Studenterhuset entails a lot of advantages; and it is cool having a professional and experienced music venue to back us up – this is going to be the best Day of Decay so far!” says Carsten.

Day of Decay 2012 will feature around 10 bands comprised of international and Danish top acts as well as local bands. The organizers have formed a partnership with W:O:A Metal Battle which means that the Danish winners will perform at Day of Decay. 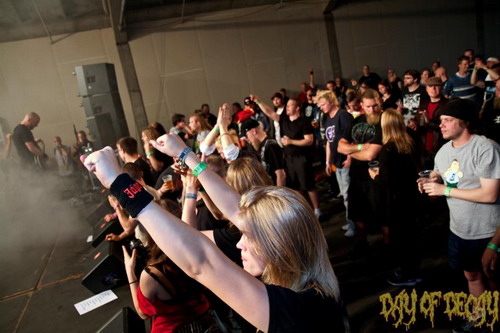 Tickets are DKK 250 (34 Euro for all you non-Danish readers) plus a fee, and they can be purchased online at www.billetlugen.dk  as well as all other outlets of Billetlugen.