The band was founded in 2006 by keyboardist Markus Maichel and guitarist Markus Berger.

In 2007 the band evolved from a studio project to a band heading straight forward towards their debut album “The Inner Circle” which was released in 2008. It was recorded, mixed and produced by Markus Berger and Markus Maichel in their own The Hidden Studios in Augsburg, Germany. Their second album “Saturnine” followed in 2010.

All members of DANTE have been fascinated by progressive music ever since, starting with influences like Pink Floyd, ELP, the early Genesis and Yes, up to present artists like Porcupine Tree, Neal Morse and Dream Theater. 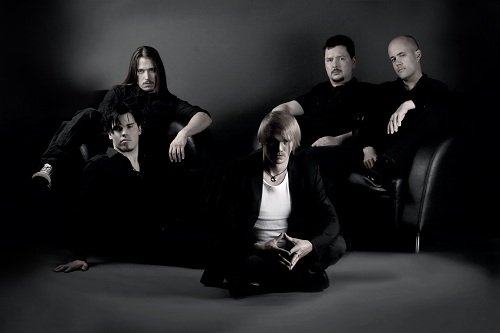 The music of DANTE reflects all this – progressive yet catchy, melodic yet powerful.

DANTE about the signing with Massacre Records:
“This really is another step forward for us as a band, and we are all really excited to be part of the Massacre family now. We are all incredibly excited and are all looking forward to share our music with all you fellow Metal- and Progheads out there!”

DANTE’s new album “November Red” is set to be released on January 25, 2013 via Massacre Records!

You can already listen to the brand new song “The Lone And Level Sands” here: http://youtu.be/xLYVtv_fekM