SVART RECORDS confirms June 7th as the international release date for DARK BUDDHA RISING‘s Dakhmandal. Due to the nature of the work, the oppressive and circular Dakhmandal will be released primarily as a triple 12″ EP, but will also be available on CD and digital download. Drenched in deep mystery, DARK BUDDHA RISING are a Finnish occult psychedelic drone-doom metal group with no biographical information available. Described by Roadburn Festival as “sprawling dirge of doom metal and myriad cryptic incantations luring the listener into a trance of doom-induced sensory depravation,” the band have released three self-financed full-length albums (Ritual IX, Entheomorphosis, Abyssolute Transfinite) on vinyl only. The time has come for the fourth DARK BUDDHA RISING opus, Dakhmandal, for which the band chose to employ the services of the eclectic Finnish label SVART RECORDS. 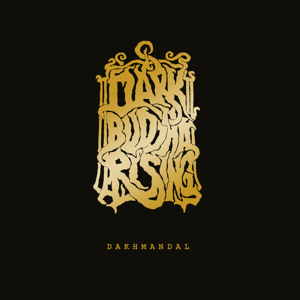