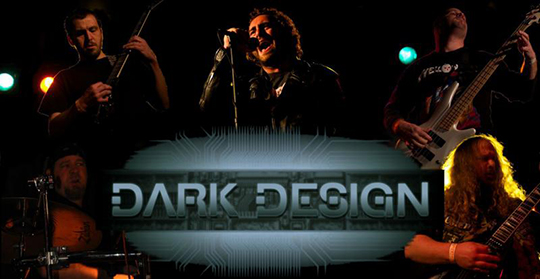 Technical power/thrash band Dark Design from Raleigh, North Carolina has recently signed with Heaven & Hell Records for the release of their debut, Prey for the Future.

Since early 2010 Dark Design, comprised of members Ray Lewis (guitar), Mike Joyner (guitar), Andrew Bertrand (vocals), and rhythm section Matt (bass) and Robbie Mercer (drums), have built a strong fan base in their local metal scene. Their technical prowess and progressive song structuring have often been compared to that of Death, Toxik, and Anacrusis. As buzz of the band began to grow they were requested to play the 2012 Warriors of Metal Festival in Ohio. Meanwhile the band was working on their debut album. The band is currently finishing up the recording with John E Wooten (Widow U.S) and is now in final mix down. Mastering is set to be done by Jamie King at The Basement Studios. Release is set for late Summer / early Fall.