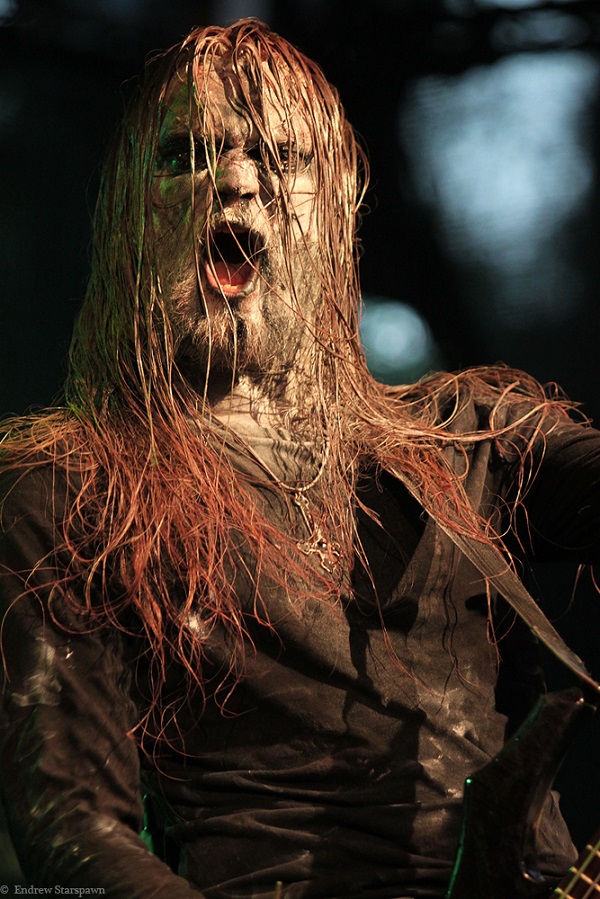 Formed in 2003 in Oslo, Norway, by frontman Erik Unsgaard (SO MUCH FOR NOTHING) and then-drummer Eirik Renton (ex-URGEHAL), SARKOM, whose core members comprise Unsgaard on vocals and Sgt. V. (SVARTTJERN) on bass, will shortly present a new live lineup, ready for the release of “Doomsday Elite”, something Unsgaard is feeling very positive about. “Regarding our collaboration with Dark Essence Records”, the frontman said, “we are very much looking forward to working with everyone at the label. I’ve heard a lot of positive things, and hopefully they are in the right position to take SARKOM one step further on this journey of ours!”

Commenting on the new album and SARKOM’s place in the Black Metal scene, Unsgaard went on to say: “It is said that black metal is about individuality and not following trends. I am not saying that SARKOM is a Black Metal band, but it sure is extreme enough and most likely that is how we will be categorised. Personally I don’t mind what label people tag us with, but with this album I can say that we have gone beyond the borders of what is accepted within the “scene”, at least the scene as defined by those who see themselves as “true”. According to the trend nowadays, which has absolutely nothing to do with what Black Metal is actually about, we should probably have played either old school heavy/prog or occult trash/black metal to gain maximum publicity. But fuck that. We do what we want and that’s exactly how it should be. We also have no intention of repeating ourselves and it is my hope, and intention, that SARKOM will keep developing in the future, in one way or the other. I am sure that some SARKOM fans are expecting another “Bestial Supremacy” and they will be surprised by “Doomsday Elite”. With four songwriters from different backgrounds this is, and is meant to be, an album without boundaries. Hopefully you will like it, but if not, you can always listen to Skyforger or something”.