The title track from SARKOM’s upcoming album “Doomsday Elite” has been debuted today by Dark Essence Records. With the album set for release on the 15th October, “Doomsday Elite” includes guest appearances from Psy Coma (THE KOVENANT), Haan (SVARTTJERN), Nachtgarm (NEGATOR), Thrawn (PARADIGMA, ex DØDHEIMSGARD, ex NOCTURNAL BREED) and V. Larsen, and was mastered by Tom Kvålsvoll at Strype Audio. Artwork for the eight-track album, which will appear in both CD and vinyl versions, is by MK. “Perv“. The track, “Doomsday Elite”, can be heard at http://soundcloud.com/dark-essence-records/sarkom-doomsday-elite

The lineup on “Doomsday Elite”, which will be SARKOM’s third full-length album, includes the band’s two core members – founder and frontman Unsgaard (SO MUCH FOR NOTHING) on vocals and Sgt V (SVARTTJERN) on bass, as well as former guitarists Sagstad and Strönen, and former drummer and co-founder Renton, on effects. URGEHAL’s Uruz was brought in to record drums for the album. Track listing on “Doomsday Elite” as follows: 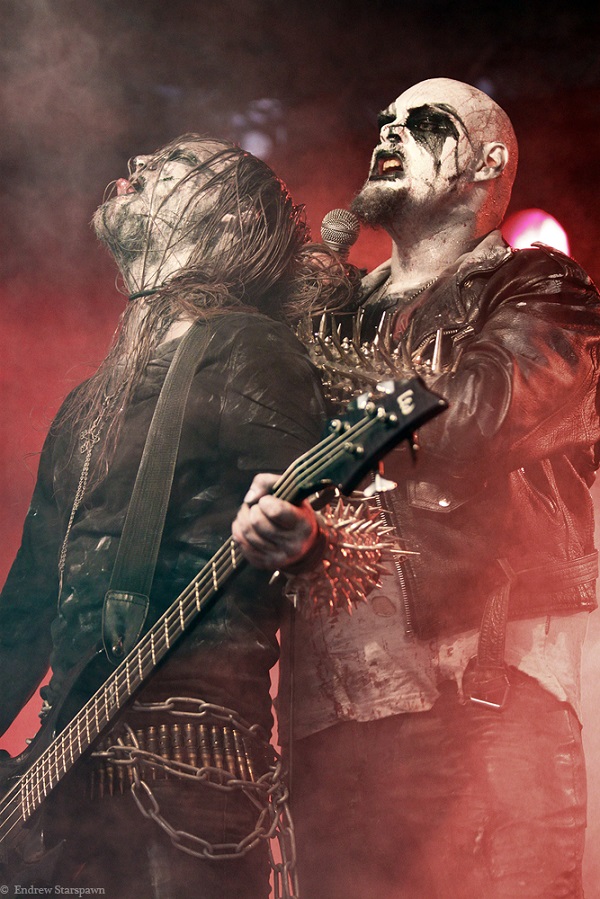 Unsgaard is firm in his assertion that SARKOM has never been a band content to acquiesce to the calls from certain sections of today’s generation of Black Metal fans who seem to think that conforming to an imaginary set of rules is a requirement for bands. “Like the originators of the genre, SARKOM keeps developing and stretching its boundaries. We don’t want to find ourselves repeating a formula just because it has proved successful. “Doomsday Elite” is not “Bestial Supremacy” part II, and with four songwriters all from different backgrounds, it is definitely an album that crosses the barriers”.