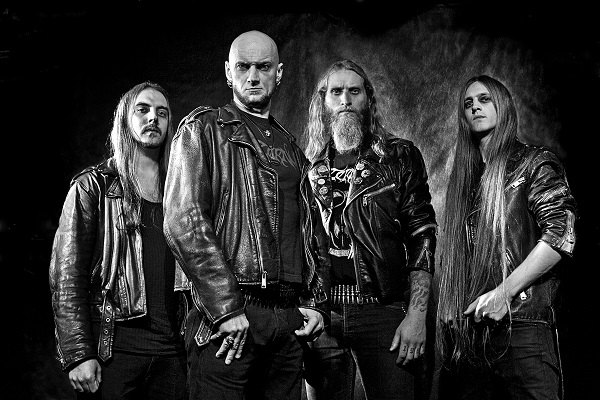 With their latest album “…And The Seventh His Soul Detesteth” receiving high praise from reviewers, Norwegian Dark Metallers AETERNUS are streaming a second track from what is their seventh full-length album, on their SoundCloud page. The track “Spurcitias” can be heard at http://soundcloud.com/aeternusnorway/aeternus-spurcitias

“…And The Seventh His Soul Detesteth” was released earlier this year on Dark Essence Records, and was produced by Bjornar E. Nilsen (VULTURE INDUSTRIES, BLACK HOLE GENERATOR) at the Conclave and Earshot studios in Bergen. All music for the album is by AETERNUS, whilst the concept and lyrics are by the band’s former bassist V’gandr (TAAKE, HELHEIM). Artwork for the ten-track album is by Timo Ketola, known for his work with bands such as for DEATHSPELL OMEGA, ASPHYX, DISSECTION MARDUK, WATAIN and OPETH amongst others. The first pressing includes AETERNUS’ 1995 “Dark Sorcery” EP as a bonus, and is available directly from the label at http://karismarecords.bigcartel.com/artist/aeternus.

AETERNUS was one of the original pioneers of what these days is called Dark Metal, and which, in AETERNUS’s case, combines features from both Black and Death Metal, together with occasional melodic interludes and superlative guitar playing. The band’s current line up includes guitarist and frontman Ares, who originally founded the band in 1993, Specter (ex-GRAVDAL) on guitars, Eld (KRAKOW) on bass and Phobos (GRAVDAL, MALSAIN) on drums.

More information about AETNERNUS can be found on the band’s Facebook page at http://www.facebook.com/Aeternusofficial

Fan-filmed footage of AETERNUS at the Hub & Huey Festival in May 2012 can be seen at http://www.youtube.com/watch?v=QO4gc7CLpy0