Darkane is perhaps one of the most extraordinary metal acts of our times. Their unique blend of melodic death, thrash, industrial and progressive metal brought them a reputation of die-hard innovators whose each new release is sure to blow everyone’s minds away.

Metal Mind Productions presents the exclusive re-issues of Darkane’s three classic albums – “Insanity”, “Expanding Senses” and “Layers of Lies” – which bring back the cold precision and sheer power of Scandinavian metal. A power you must not underestimate…

This Swedish group emerged in early 1998 from the ashes of a thrash act Agregator. Christofer Malmström (guitar) and Peter Wildoer (drums) joined forces and wrote the songs “Convicted” and “The Rape of Mankind”, which soon got them a record deal with War Music. The duo, along with Jörgen Löfberg (bass), Klas Ideberg (guitar) and Bjorn “Speed” Strid (vocals), recorded “Convicted” and a new track called “July 1999” for the “Wardance” compilation. Unfortunately, due to his commitments as a member of Soilwork, Speed could not stay long in the band, leaving Darkane in search of a replacement vocalist. The band asked Daniel Bergstrand of Dug-Out Records if there was anyone he could recommend for the job. That is how the name Lawrence Mallory (Forcefeed). The band was very satisfied with Mallory’s vocals and let him record the tracks for what would be “Rusted Angel”. After completing the recordings, the band went on to play a string of shows, including a short European tour. Unfortunately, soon after that Mallory left the group and Darkane were once again missing a vocalist. This problem was solved by the addition of Andreas Sydow to the line-up. Upon the release of their debut album “Rusted Angel” (1999), the band started another string of shows. In June 2000 the band was working on the record but unfortunately the sessions were plagued by a number of setbacks including burned equipment, an electric storm and floods. Despite the difficulties, Darkane finished the album, appropriately naming it “Insanity”. After securing a deal with Nuclear Blast Records, the band released their second opus worldwide in early 2001. The album was critically acclaimed, with reviewers praising the intense mixture of melodic death and thrash metal with a strong, technical approach. A lot of attention was given to Peter Wildoer’s drumming, which was often described as “inhuman”. Sydow’s vocals also passed the test, especially when confronted with Mallory’s solid performance on “Rusted Angel”. Sydow’s style of singing turned out to be something absolutely unique on the metal scene, unlike many other bands whose vocalists sounded very similar to each other. Their third opus,“Expanding Senses”, was released in August 2002. The record met with a very warm reception – reviewers praised the group’s improvement of the winning formula that brought “Insanity”, calling “Expanding Senses” an even more exciting and powerful release. After November 2003, the members of Darkane were ready to start working on their next album. Unfortunately, during the long touring period between 2002 and 2003, drummer Peter Wildoer suffered a serious wrist injury which ultimately became the reason for Darkane’s one-year-long hiatus. Their fourth opus “Layers of Lies” was finally completed in March 2005 and the release dates were set for June 12th in Europe and July 12th in America. Again the album’s reception was great, with many reviewers calling “Layers of Lies” Darkane’s best work to date. Once the album was out, it was time for the group to hit the road. After the tour, the band recorded a hometown show, which became the foundation for Darkane’s first live DVD called “Layers of Live”. In August 2007, vocalist Andreas Sydow surprised everyone with his decision to leave Darkane. This was a tremendous blow to the band but Darkane continued to write new material and in October they announced Sydow’s replacement. During the recordings for the band’s fifth album (rumored to be called “Demonic Art”), Darkane again suffered from bad luck, as their studio got badly flooded. Because of this, the recording process was postponed. In August 2011, the vocal position in the group was filled by Darkane’s original singer, Lawrence Mallory.

Darkane remains a strong contender on the Scandinavian metal scene and their upcoming album will surely prove that. In the meantime, the exclusive re-issues of “Insanity”, “Expanding Senses” and “Layers of Lies” bring back some of the band’s most impressive efforts – this is truly essential material for every fan of extreme, uncompromising music!

The exclusive remasters of Darkane’s albums will be available in a new digipak edition each limited to 2000 copies. The release date is set for December, 12th in Europe and January, 10th 2011 in USA (via MVD). 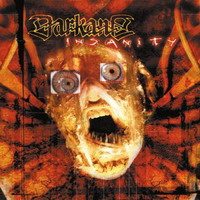 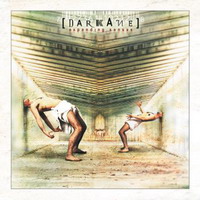 1. Innocence Gone
2. Solitary Confinement
3. Fatal Impact
4. Imaginary Entity
5. Violent From Within
6. The Fear of One’s Self
7. Chaos Vs. Order
8. Parasites of the Unexplained
9. Submission 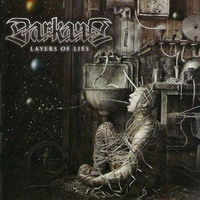