Austin, Texas metal unit DEAD EARTH POLITICS have revealed the artwork and release details for their new EP, The Queen of Steel.

Starting on Saturday, March 8, DEAD EARTH POLITICS will kick off The Queen of Steelrelease week celebration, that will run throughout this year’s SXSW Music Festival. In showcases and on the streets, the band will be out in full force during the city-wide fest in support of the EP.The Queen of Steel will be released as a digital-only, name-your-price download, complete with lyrics and liner notes. The track “Redneck Dragonslayer” is currently available for streaming at this location. 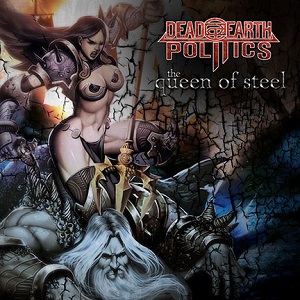 SXSW and additional dates, including information about the upcoming Mike Scaccia Rock The Heart Benefit Concert with DOWN and WARBEAST, are posted below.

For updates, stay tuned to deadearthpolitics.com.