Thrashers DEAD TROOPER have announced that BLODSPOR’s Andreas Stenvoll will be taking over the role of bassist which was recently vacated by Tor R. Staveness whose work with other bands such as 1349 no longer leaves him sufficient time to dedicate to the rapidly growing DEAD TROOPER. Stenvoll, an old friend of the band and a former member of TROLL, has already started rehearsing and confirms that his work with BLODSPOR will not be affected.

As well as the new bassist, DEAD TROOPER is also looking to recruit a guitarist to replace long-time member Birger Larsen, and are currently preparing to audition. The band has, in fact, released a short video to give would-be applicants a taste of what to expect from its members. Commented founder and frontman Meister Muller: “We made a video because we thought it was important to give applicants an idea of what kind of personalities we have. We like to enjoy what we’re doing, so if you have a tendency to be po-faced it’s definitely not the band for you. However, I will stress that we have big plans for DEAD TROOPER, and we are deadly serious about our music, so, aside from great skills, we are also looking for someone who is prepared to commit not just their time, but also their soul, to the band. Auditions will take place in Norway and if chosen you must be available to rehearse on a regular basis in the Oslo area”. Anyone interested in applying can contact DEAD TROOPER either though their Facebook page at http://www.facebook.com/deadtrooper or via email to deadtrooper@live.com 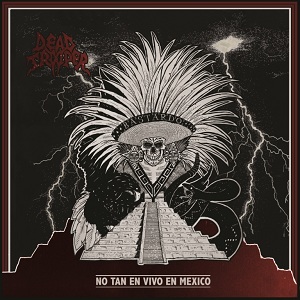 DEAD TROOPER, who describe their music as “groovy, aggressive thrash metal”, recently released the “live” album “No Tan En Vivo En Mexico”, which was inspired the band’s appearance at Mexico’s Wild Metal Fest last year and which was rained off after only one and a half songs into the set. The album is actually a live studio recording of the set the band intended to play at the festival, and was digitally released in March of this year as a thank you to all the Mexican fans they met in a biker bar when the festival was called off, and for whom they played an impromptu set. Negotiations are currently under way to release a vinyl version of “No Tan En Vivo En Mexico”, and DEAD TROOPER are currently looking for a label to release the band’s next full-length album. More information about DEAD TROOOPER can be found at http://www.deadtrooper.com/