We’re excited that DEADLANDS‘ debut album will be released via Massacre Records!

Their intention was to write and produce their own brand of heavy metal, while utilizing their past and present influences as a foundation and inspiration for their musical direction.

DEADLANDS is quickly establishing a large fan base, being nominated for a 2012 Sacramento Area Music Award (SAMMIES), playing live, and sharing the stage with artists such as Exodus, Anvil, Y&T, Great White, Death Angel and more. 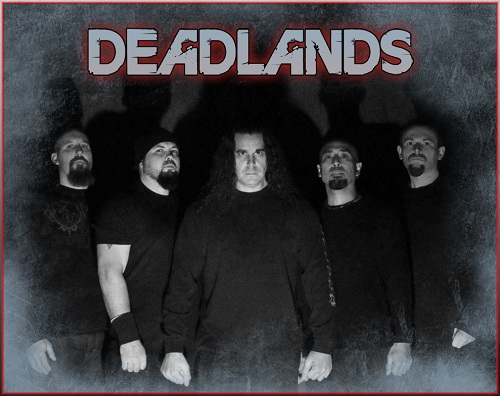 “Evilution” was mixed and mastered by DEADLANDS and Juan Urteaga (Machine Head, Testament) at Trident Studios.

You can already listen to the song “Pandemic Genocide” off the debut album here: http://youtu.be/UNkQhuWozco

DEADLANDS’ debut album “Evilution” will be released on February 22, 2013 via Massacre Records!