One of the best new American death metal bands, California’s Deadly Remains truly crushes all in its path. The band’s debut album, Severing Humanity, is an impressive display of pure, brute force. Taking death metal to the gates of hell in an absolute fury of rage, angst and absolute torment. Fans of Hour of Penance, Abominable Putridity, Condemned or Flesh Consumed, will be instant Deadly Remains minions. Order the album at this location. 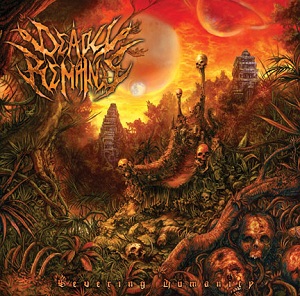 Deadly Remains is from Northern California. The band came into existence in the fall of 2006. They produced and released an eight track demo called Moral Crusade in 2008. Recorded at NB Recording Studios in Santa Rosa, CA Moral Crusade afforded the band opportunities to play throughout California and build a fan base. In fall of 2009 Deadly Remains released Before the Nothing (once again recorded/mixed/mastered at NB Recording Studios), featuring artwork by Jon Zig as well as improved songwriting, musicianship, and better production.
The band toured the Pacific Northwest (CA, OR, WA, ID, UT, LV) on this release. Over the past two years Deadly Remains has played shows in theater halls, clubs, bars, warehouses, homes, back yards, and everything in between. They have made numerous appearances at festival type shows all over California and Nevada, and have had the privilege of sharing the stage with notable bands such as Napalm Death, Kataklysm, Toxic Holocaust, Flesh Consumed, Sepsism, Colonize the Rotting, Septycal Gorge, Cerebral Incubation, Condemned, Embryonic Devourment, Putrid Pile, Arkaik, Pathology, Inherit Disease and Vulvectomy. 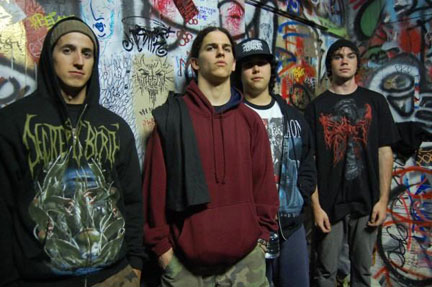