San Francisco’s Deafheaven have had an exciting few years since their inception in 2010; the band has toured 27 countries worldwide supporting bands like Godflesh, Alcest, and Russian Circles, released 2011’s opus Roads to Judah which hit #6 on NPR’s Best Metal Albums of the year and #22 on PItchfork’s Top 40 Metal Albums, were mentioned in Esquire Magazine as “Brutal and bracing, with a shoegazing indie-rock band’s ear for graceful melodicism”, and have received endless critical praise from magazines and websites across the globe. Now, Deafheaven are excited to announce they have confirmed studio time at Atomic Garden with producer Jack Shirley (who also worked on Roads to Judah) from January 21st through January 26th to record their second full-length album, Sunbather. Deafheaven vocalist George Clarke commented, “For this record, we had a couple options with who to record with, but after a lot of thought, agreed that to capture our best performance at our most comfortable state, the best choice was Jack. He’s always done a great job and we’ve grown a lot together in the last two years.” 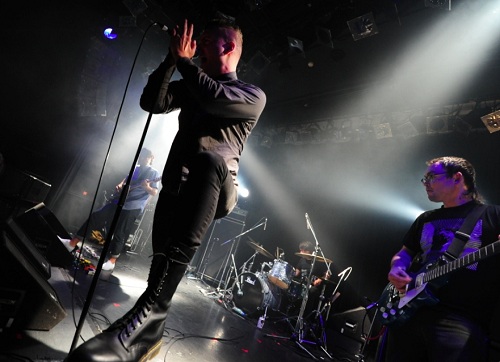 Sunbather will feature new songs written by Deafheaven‘s primary songwriters Kerry McCoy and George Clarke, and deluxe artwork provided by Nick Steinhardt. Clarke mentioned of the new Deafheaven tracks: “While the new material is more developed, we’ve strayed from what was previously a more melancholic approach. The black metal aspect to our music is prevalent in the new material, but I don’t think it’s necessarily the focus this time around.” Lead guitarist Kerry McCoy continued, “There are a lot of harsh, dark vibes on Sunbather, but don’t be surprised at how lush and rock-driven, even pop-driven certain aspects will be.” Sunbather is set to see the light of day in late Spring of 2013 via Deathwish Inc. with touring and festival appearances to be announced soon.

Deafheaven formed in San Francisco, CA in 2010 and immediately turned heads with the release of their 4-song demo. The band signed to Boston-based Deathwish Inc. shortly thereafter and wrote and recorded 2011’s stunning debut LP Roads to Judah. Deafheaven hit the road hard in support of RTJ and closed out 2012 with a split release with Bosse-de-Nage on Flenser Records, featuring Deafheaven’s take on Mogwai’s “Punk Rock / Cody”, which was called “an incredible and emotional listening experience” by Exclaim!. 2013 will see Deafheaven releasing their second full-length album, Sunbather, and touring the world in support of it.