The new album of the indefinable thrashers from Catalonia will be composed by 11 tracks, 9 new ones and 2 re-recorded from the first EP of the band, “Welcome to my stormy nights”, both tracks entitled as “Stop on time” and “Overdosed”.

The album, with no tittle fixed yet, will be recorded in the month of July in the Axtudio of Barcelona, where the band recorded their previous full length “The seed of Malaise” and where other thrash metal bands from Catalonia recorded as well. 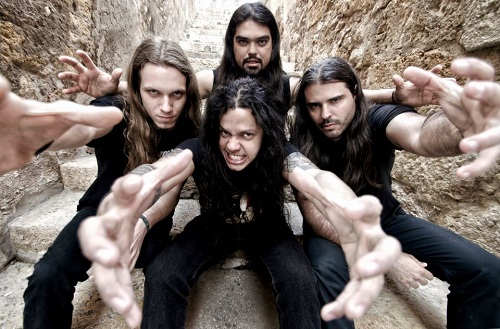 In words of the band: “We’re sure this album will enchant all the lovers of “The seed of malaise”. On one hand we’re going to introduce new elements, going one step further in our concept of thrash metal. On the other hand, it’s going to be 100% Vivid Remorse. Both things complement each other perfectly. It will be a record even more varied than the previous one: with faster moments, some “death metal” parts, some “punk”, some heavy stuff… It will be “A little bit more in every aspect”  always with the essence and musical personality of the band, because we didn’t introduce Vivid Remorse in other genres, but our Thrash metal is closer to them right now.  So, our philosophy about creating short, dynamic and direct musical pieces with refinements and worked vocal melodies keeps being present in this album”.