The next re-issue of DEATH’s legendary catalog is 1993’s Individual Thought Patterns. The follow-up album to Human, Individual Thought Patterns has been remixed by Alan Douches and re-packaged to include a second and third bonus disc worth of previously unreleased demos and a full live set recorded in Germany during a 1993 European tour. Also included on the third bonus disc exclusive to this re-issue are rare riff tracks from the Chuck Schuldiner archives. The complete tracklisting for all three discs can be found below. 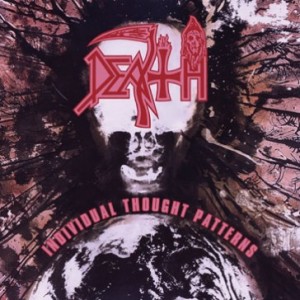 1. Overactive Imagination
2. In Human Form
3. Jealousy
4. Trapped In A Corner
5. Nothing Is Everything
6. Mentally Blind
7. Individual Thought Patterns
8. Destiny
9. Out Of Touch
10. The Philosopher