Dark Melodic Metallers DEATHWHITE have announced the upcoming release of the Ethereal EP on July 1. Ethereal is the band’s first full sonic representation, recorded in the spring of 2014 with producer/engineer Matt Very at Very Tight Studios. An additional song, “A Burden to Carry,” is also included, having been recorded in the fall of 2013 during a separate studio session.

The band has posted the song “When I (Wasn’t) You” at deathwhite.bandcamp.com.

Formed in 2012 from several holdovers of well-established extreme metal bands, DEATHWHITE was created as means to explore new avenues for its members. In turn, the band’s sound is heavily influenced by KATATONIA, mid-90’s PARADISE LOST, ALCEST, and early ANATHEMA, creating a dark, melodic metal landscape without boundaries. The thread of melody, darkness, and memorable songwriting is the primary aim of DEATHWHITE, with lyrics exploring the pitfalls of existence, and organized religion.

“Hope in reality is the worst of all evils because it prolongs the torments of man.”
– Friedrich Nietzsche 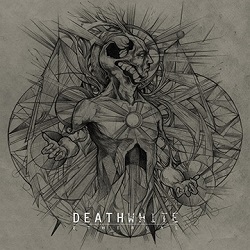 Hot News: Deathwhite Debut “A Burden to Carry” With GunShyAssassin.com

Hot News: Deathwhite Post Promo Video for “When I (Wasn’t) You”