Boston, MA’s NEW LOWS are currently touring across the US after their highly-coveted appearance at Sound & Fury Fest last week.  Sharing the stage with hardcore legends Ringworm along with Nails and Bitter End, New Lows will trek through the West, South, Midwest and end up on the East Coast on August 11th.  Tour dates are att’d – please get in touch to set up interviews or request tickets to a show.

Formed in late 2006, New Lows are one of Boston’s heaviest hardcore/punk/metal bands. Featuring members of Think I Care, So Be It, The Prowl, Riff Raff, and more, they take their direction from classics of the genres like Ringworm and (early) Bolt Thrower. Delving deep into their depths only to pull to the surface the darkest of creative visions.

After honing their skills in basements and local shows, New Lows released their now classic demo tape in early 2007 (on Rock Vegas/Eating Rats). This demo featured four monstrous songs (now included on the CDEP version of their Lockin’ Out release). In early 2008, New Lows recorded a Live Set @ WERS, which was aired as part of the final broadcast of the classic “Radiobeat” radio show (later released as a limited cassette release by the band). In the summer of 2008, New Lows released their “Self Titled” debut 7″EP/CDEP on the Lockin’ Out label. Shortly after they hit the road in support of the release, playing memorable shows across the country on route to the 2008 Sound And Fury Festival.

Since then, New Lows have overcome broken bones, internal conflict, and the Fung Wah bus to create one of the heaviest Deathwish releases to date, “Harvest of the Carcass”.  Recorded by CC of Mind Eraser at The Paincave, “Harvest of the Carcass” is an absolute monolith of an album. Where many contemporary bands wield a polished approach to being “brutal”, New Lows wield a crude, blood soaked stone. Drop tuned riffing and bone shaking double bass pummels like a rain of anvils to the head. All the while, PBoy’s guttural vocals weave a tale of social decay and emotional survival. All of these qualities make “Harvest of the Carcass” infectiously cro-magnon in the best way possible. Proving that New Lows are a welcomed alternative to the “metalcore” hybrid that saturates today’s aggressive music scene. 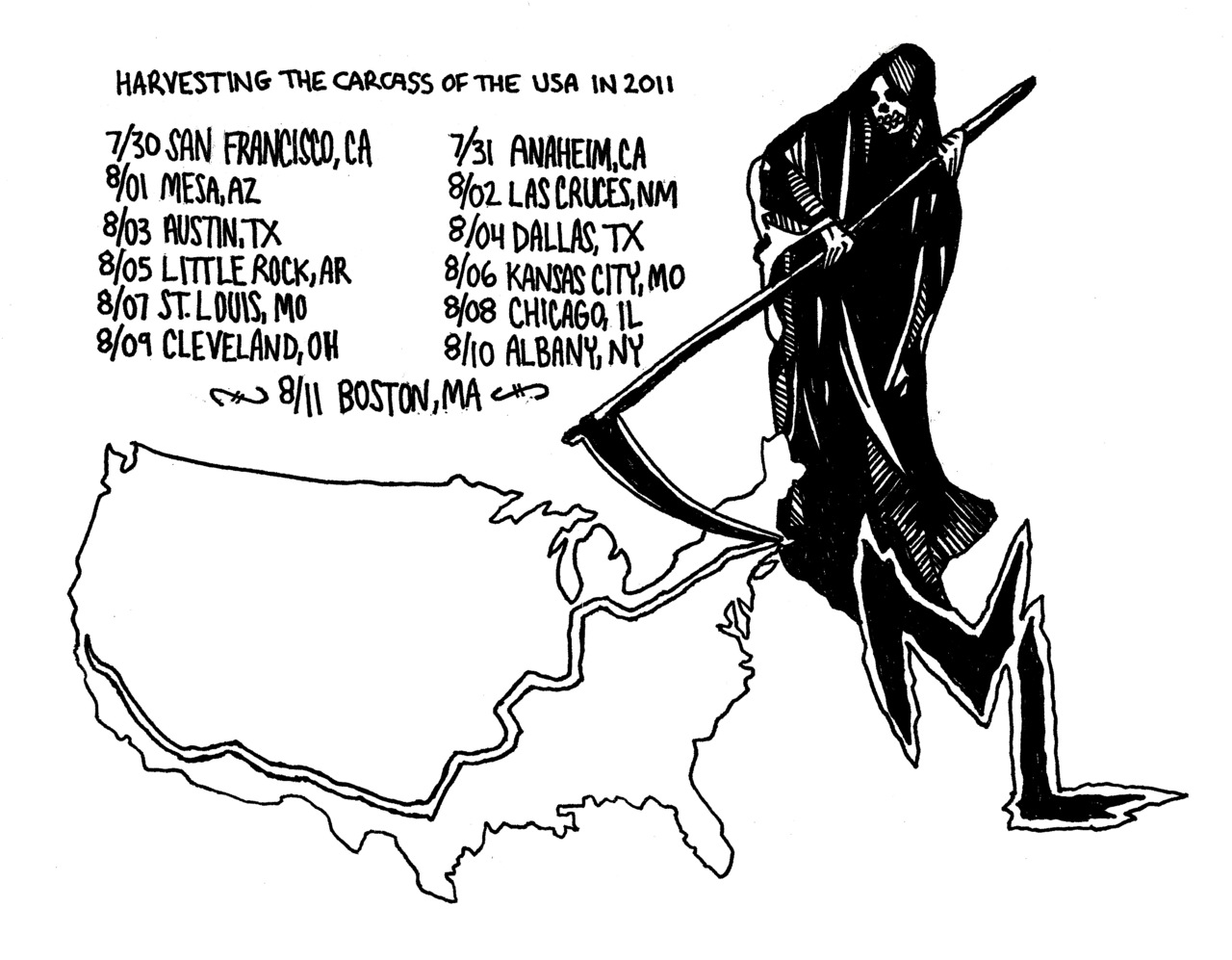