As members of the Decibel Magazine Hall of Fame, it seems only natural that death metal legends Cryptopsy team up with the ‘zine to unleash a brand new track off their forthcoming, self-titled album. In a Deciblog exclusive, the song “The Golden Square Mile,” which deals with an unsolved murder that took place in the band’s native Montreal is currently streaming at this location.

Cryptopsy, which stands as a furious return to the band’s extreme, tech-minded roots, will be available the week of September 11th to those who pre-ordered from the band directly at www.cryptopsy.ca. Official street dates will vary by region. The album was produced by Chris Donaldson and Cryptopsy and engineered and mixed by Chris Donaldson. 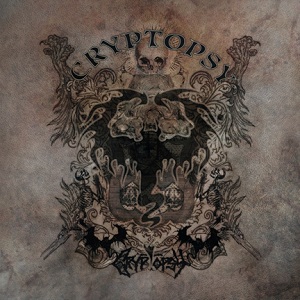 “This will be in my list of top ten albums of the year. Menacing as hell!”
– Lee Rochester (The New Review)

Hot News: Cryptopsy – To Release “The Best Of Us Bleed” 2CD Compilation On November 12th, 2012 In Europe