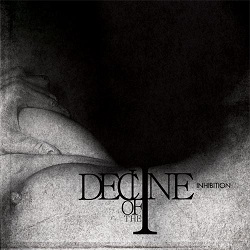 DECLINE OF THE I is a French project led by A.K., a musician known from cognoscible underground metal acts such as Vorkreist, Merrimack, etc. His new project is a bold conjunction of quality Post Black Metal influences: the band describes itself as a mix between Burzum, Neurosis and Code.

The debut album, entitled Inhibition, is set to be released on September 25th in Europe and November the 6th in North America.

Video teasers from Inhibition are available at:

Three track previews of DECLINE OF THE I can be heard at band’s official myspace profile at: http://www.myspace.com/declineof

Hot News: Decline Of The I premiere new track from forthcoming debut via Agonia Records