Kaotoxin records is proud to announce the inking of a multi-album deal with French Deathcore masters DEEP IN HATE.

Born in 2004 and having released two full-lengths before signing to Kaotoxin, Deep In Hate, who features Nicolas Basto (ex-Aborted / L’Esprit du Clan)on drums, evolved from a technical Deathcore outfit to a much more personal brand of melodic and catchy, yet still technical, brand of Deathcore. The band’s focus is on writing catchy tunes and developing an oppressive atmosphere by blending dark melodic hooks with technical leads and wall-crushing breakdowns in a very dark, suffocating and yet utterly efficient way.

Touring with the likes of Black Dahlia Murder, appearances at Sonisphere and other European festivals and an inherent desire to push the boundaries of brutality to unimagined levels have all lead Deep In Hate down an evolutionary path that plateaus this June with their Kaotoxin Records debut, Chronicles of Oblivion.

With a massive production and artwork by Above Chaos (Hellfest, Bethlehem, Nightfall),Chronicles of Oblivion features nine heavy and intense, yet melodic song-oriented tracks. Rooted less in tech-metal than previous efforts, Deep In Hate seek to develop a more hook-laden approach to Deathcore. This shift is demonstrated in the new music video they’ve unleashed in support of Chronicles of Oblivion. Recorded live at Sonisphere 2013, the video for “New Republic” can be seen at this location. 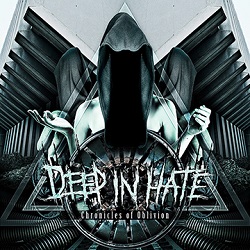 With this brilliant new release Deep In Hate morphs influences from bands like Whitechapel, Despised Icon, Aborted, Gojira and Decapitated into a sound that’s all their own. The band aims to conquer new territories and enlarge an already impressive following by touring as much as they can everywhere in support of this massive new album.

Available as a limited edition (1,000 copies at first press) deluxe DigiSleeve CD, Chronicles of Oblivion will be available worldwide on June 3.

Pre-orders for the album and exclusive bundle deals with brand new merch will start on May 6 at the Kaotoxin Web Shop –  www.shop.kaotoxin.com. 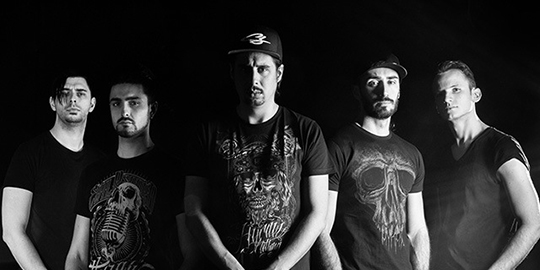 Hot News: Deep In Hate – Chronicles of Oblivion Out Now on Kaotoxin Records