The album was produced by founding member and drummer Chus Maestro, mixed at Sadman Studios (Wormed) and mastered by Alan Douches (Mastodon, The Dillinger Escape Plan) which feature their heavy and organic trademarked sound far from the non-credible modern superproductions.

The follow-up to their acclaimed 2008 debut The 8th Plague, is a conceptual behemoth of extreme metal that drives the listener through a progressive and intricate songwriting enriched with arrangements and dynamics able to keep the audience aware all time since the first listening.

Not unlike the game changer Planisphaerium by countrymen Wormed in 2003, HYBRID‘s Angst could very well be the country’s next great output. A true hybrid of genres canvasing all aspects of extreme music into one-cohesive yet complex vortex of sound. The twisted extreme death metal of Wormed, the frenetic mathmetal of Dillinger Escape Plan combined with the jazz elements of Candiria and progressive fusion of Cynic creates an impressive album that will appeal to fans of death metal, grindcore and progressive metal.

An advance stream of the track “Flesh Fusion Threshold” can be heard at this location. 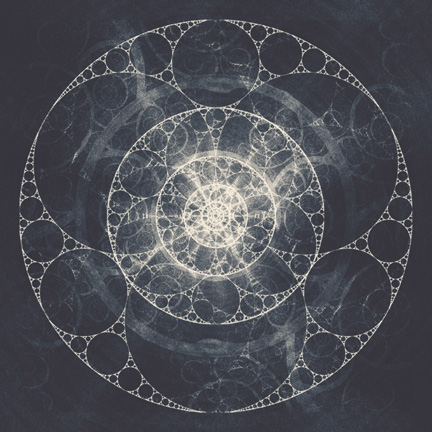 HYBRID was born in 2004 with the intention of setting up an unorthodox extreme music project without self-impossed limits.

The band recorded Beyond Undeniable Entropy in 2005 as a presentation, a six song debut MCD of avant-garde, eclectic and technical metal, released the next year by Deadwrong Records, which got a great response within the underground scene.

In the beginning of 2007 HYBRID entered Sadman Studio to record their first full length album The 8th Plague, mastered by Alan Douches (MASTODON, THE DILLINGER ESCAPE PLAN) and with artwork by Seldon Hunt (NEUROSIS, ISIS), which was released by London-based label Eyesofsound (BOSSK, YAKUZA) in August 2008.

The 8th Plague received an outstanding reception worldwide, as it was selected one of the best albums of the year in several specialized media.

After playing live with bands like TOOL, DEFTONES, NAPALM DEATH, CEPHALIC CARNAGE, MISERY INDEX, TEXTURES, MOHO, MACHETAZO and LOOKING FOR AN ANSWER between others, HYBRID wemt back to the studio in 2011 and recorded their sophomore album Angst, settling their unique approach to the genre while taking their sound one step further in terms of creative freedom.